Canadian P&C insurance companies have entered a transitional technology phase that will see data from their legacy systems get transferred online.

“We are in a hybrid-cloud paradigm,” Frank Attaie, vice president of cloud and software at IBM Canada, told Canadian Underwriter Monday. 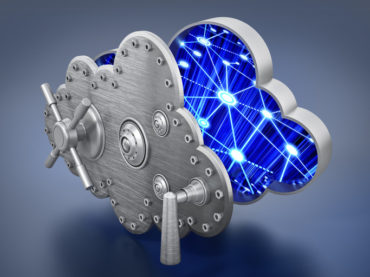 One part of the hybrid model refers to core computer or “legacy” systems, in which established insurance firms store their policy data. Attaie estimates about 80 per cent of what insurers do is based on data that sits on the company’s computer systems, behind a firewall. The other part of the model, “the cloud,” refers to software and services that run on the Internet instead of locally on a computer, as defined by recode.net.

“The hybrid piece means you’ve got to be able to find a way to leverage your base technology assets,” Attaie said. “It acknowledges that the majority of those assets are behind the firewall. A hybrid approach allows you to extend what [data] you’ve got in those base or core legacy assets into the new cloud paradigm, which enables you to leverage the new technology paradigms in A.I., blockchain or in process automation.”

Economical Insurance announced Monday that it is working with IBM Services to build a hybrid cloud environment that will accelerate speed to market and allow the business to scale quickly. Economical’s new Vyne system taps into IBM Cloud to offer brokers services such as updated products, streamlined workflow, and a data-driven pricing model.

“A hybrid cloud environment is the best way to support our business with the speed and flexibility needed for our future success,” said Kelley Irwin, senior vice president and chief information officer of Economical Insurance. “The IBM Cloud helps us reduce development time, increase agility, and maintain security.”

One of the benefits of working within a cloud environment is the ability to offer higher-value services such as artificial intelligence. This in turn enables companies to increase cybersecurity, in which most insurance company CEOs have expressed an interest, said Attaie.

“It’s important for us, as we turn all of our assets digital, to ensure that we leverage applied A.I. on top of the cloud for cybersecurity,” he said. “Believe it or not, if we are not doing [A.I.], the bad guys are. Financial crimes and people who are doing things they are not supposed to, they are very invested in artificial intelligence, machine learning and algorithms to try to do [crime] better.”

Many insurers would not be using the cloud for higher-level services at the outset. More likely, their solutions will be “purpose-built.”

“So, if you are a contact centre employee, you now have access to the [core or legacy system] data through an agile platform that scales,” Attaie said. “Now you can ask questions into the A.I. engine that can come to an answer that is more accurate and faster. Now you resolve the call in 30 seconds, as opposed to four minutes, and you get a faster and more accurate data response.”