The Canadian P&C industry’s combined ratio improved 7.06% in the second quarter of this year from the same quarter last year to 97.71% from 104.77%, according to the MSA Quarterly Outlook Report, released on Thursday. 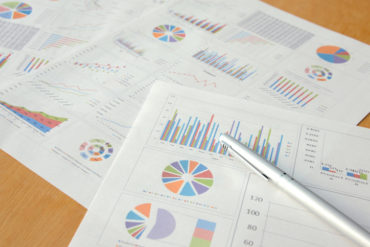 “What a difference a year makes!” wrote Joel Baker, president and CEO of MSA Research Inc., in the report. “At six months 2016, the industry was reeling from the historic Fort McMurray fire losses. Now, with a more normal CAT year (Atlantic hurricanes notwithstanding), the market has largely strengthened its footing with a 7-point improvement in COR to 97.7% and improvement in investment income marred only by an adverse $0.5 billion swing in [other comprehensive income].”

The picture is more nuanced, however, Baker cautioned, with significant variations between sectors and regions. “Furthermore, when we look at the results on an accident-year basis (without the benefit of prior-period favourable development), the entire industry is still in the red on an underwriting basis.”

“Unlike the other sectors, personal and multi-line insurers showed results that were not much better than 2016, despite the absence of the Fort McMurray losses,” the report noted. It attributed the results to several factors, including a rash of smaller cat losses (11 cats and notable events in the first six months of 2017 versus eight in 2016) and challenging auto results in many parts of the country.

Reinsurers were the main beneficiaries of lower cat severity in the first half of 2017, having borne the brunt of the Fort McMurray losses last year, MSA noted in the report. “Worryingly, however, is the apparent drop in top-line volume for the licensed reinsurers,” the report said. “Reasons for this could include higher retentions by primary companies, consolidation and increase use of offshore reinsurance and the London market.”

Baker also wrote an article in the report titled BC Auto – Hitting the Wall, which reported that the Insurance Corporation of British Columbia (ICBC) is in “crisis mode, having sustained a recent massive underwriting and net income loss in the fifteen months ending March 31, 2017.” Its capital also eroded by $700 million in 2016 following an erosion of $470 million in the 12-month period before that. “The crown auto monopoly cannot continue to sustain additional losses without impairing its solvency or requiring an urgent infusion of capital from the B.C. government,” Baker wrote.

Baker suggested that the current government of British Columbia “is dealing with the mess created by shackling ICBC’s ability to adjust rates to keep up with loss trends or invest in technology, and by successive governments treating it like a cash-cow, sucking hundreds of millions of dollars of dividends out of the corporation over the past two decades.”

“Getting out of the morass is no easy feat,” Baker said, noting that a rate hike application of approximately 8% currently with the BC Utilities Commission falls short of the 30% that a recent Ernst & Young report titled Affordable and effective auto insurance – a new road for British Columbia called for “and even that is meeting with public resistance.”

“ICBC’s need for a rate increase flies in the face of the government’s desire to maintain policyholder affordability,” Baker wroter. “If drastic product and pricing reforms are not implemented right away, it’s conceivable that ICBC will hit the wall. Throwing in the towel and returning the $4.5 billion B.C. auto market to the competitive private insurance industry would be one way to go. It would give the private industry a 10% immediate boost. Putting ICBC into runoff would be tricky for an NDP government to do; however, with the current burn-rate, something has to give… and soon.”

Looking ahead to the fall of 2017, the report pointed out that temperatures are expected to be above normal for much of Canada, particularly on the west and east coasts. For most regions across the country, precipitation patterns are expected to remain near normal, however, parts of central Alberta and Saskatchewan and northern B.C. are expected to experience above-normal precipitation amounts. As well, the warm and dry conditions in southern B.C. and southern Saskatchewan will create a “very high to extreme fire forecast severity rating for September,” according to the outlook produced by the Canadian Wildland Fire Information System, the report said.