Less than a month after Ontario passed a law mandating participation for some employees in a province-sponsored pension plan, most of Canada’s premiers signed an agreement in principle, with the federal government, to increase contributions to the Canada Pension Plan. 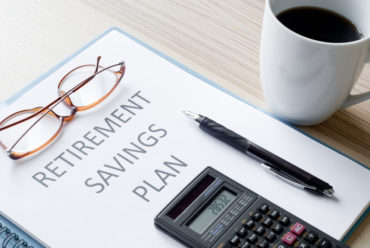 That agreement, signed last week in Vancouver, “means Ontario will abandon its project to go it alone with its own pension plan,” the Canadian Press reported at the time.

“There’s contracts and so forth out there, right, so we have to maintain that,” Sousa told CP. “All those issues will come out in short order after we make the final decisions with regards to the ORPP and the CPP enhancement.”

On June 2, Bill 186, Ontario Retirement Pension Plan Act (Strengthening Retirement Security for Ontarians), was passed into law. If ORPP were to take effect, employers and employees would have to contribute a total of “up to 1.9% [each] of their earnings on a maximum annual income of $90,000,” associate finance minister Mitzie Hunter told the legislature earlier.

“Our main objective is to intensively look at ways to meet the goals of the ORPP through an enhanced CPP framework, while preserving our ability to implement the ORPP, should that not be possible,” Sousa stated in a release June 2.

At the time, the Ontario government was committed to “begin enrolling employers in the ORPP in January 2017, with contributions starting on January 1, 2018, for large and medium-sized employers,” Hunter said at the time. “Small employers will have until 2019 before they begin making contributions. For all three groups, contributions will be phased in over three years, starting at 0.8% in the first year, 1.6% in the second year and, finally, 1.9% in the third year.”

Sousa initially announced ORPP two years ago when he tabled the 2014-15 budget. Sousa noted at the time that more than two-thirds of Ontarians do not have a pension plan.

The Insurance Brokers Association of Ontario has been opposed to ORPP.

In 2015, Michael Brattman, then IBAO’s president, told Canadian Underwriter that the association understands “the good intentions behind the rationale to enhance retirement incomes, but our members have expressed quite loudly and clearly they cannot support the planned ORPP.”

At the time, he said the “additional cost,” brokerages, of paying contributions on behalf of their employees would “particularly onerous,” given the fact that the province also mandated a two-year reduction – starting in 2013 – in industry-wide average private passenger auto premiums.

The ORPP was not intended to apply to employees with what the government considered “comparable pension plans.”

Therefore, among the employers exempt would be “defined benefit plans with an annual benefit accrual rate of at least 0.5%” and “defined contribution plans which have a minimum total contribution rate of 8%, with employers contributing at least half that amount,” noted Chris Ballard, Liberal MPP for Newmarket-Aurora, during a debate in May of this year on Bill 186.

IBAO initially opposed ORPP “but then we were saying, ‘as a minimum you should also accept defined contribution, not just defined benefit plans,'” said Jim Murphy, then chief executive officer of IBAO, in an interview in 2016 with Canadian Underwriter.

On June 20, most of the province finance ministers – as well as federal Liberal Finance Minister Bill Morneau – signed the agreement that would “boost how much working Canadians will get from the CPP-from one-quarter of their eligible earnings, to fully one-third, with an increase to the earnings limit,” the federal finance minister stated in a backgrounder.

The agreement stipulates, among other things, a “gradual seven-year phase-in” starting Jan. 1, 2019.

“In 2023, the CPP contribution rate is estimated by the Department of Finance Canada to be 1 percentage point higher for both employers and employees on earnings up to the [yearly maximum pensionable earnings],” the federal finance department stated. “Beginning in 2024, a separate contribution rate (expected to be 4% each for employers and employees) will be implemented for earnings above the then prevailing YMPE. The upper earnings limit will be extended over a 2-year period and is expected to reach $82,700 in 2025.”

The finance ministers from all provinces except Manitoba and Quebec signed the agreement.

“Ontario has always favoured a national solution to strengthening retirement security,” the province stated in a press release. “Since 2013, we have been calling on the federal government to enhance CPP because a national solution provides many benefits to Ontarians, including portability and cost effectiveness, while providing coverage to more people.”

The provincial government added it began establishing ORPP “in the absence of a willing or collaborative federal partner at that time.”