SASKATOON – Researchers say they’ve come up with a way to better predict severe storms and protect infrastructure from damage caused by increasing temperatures in Western Canada.

Researchers at the University of Saskatchewan said they’ve seen winter temperatures in the Northwest Territories rise up to 8 C over the last 50 years. 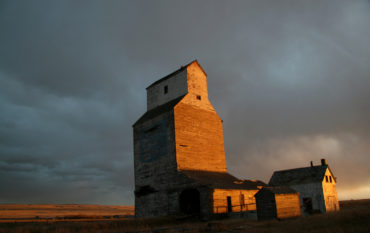 At the same time, temperatures across the Prairies have risen two to three degrees overall, which has affected precipitation.

“The increase in winter rainfall in the Prairies means an increase in spring runoff and flooding associated in the snow melt,” said John Pomeroy, the Canada Research Chair in Water Resources and Climate Change at the University of Saskatchewan.

“In the North, so far we haven’t seen dramatic changes but we’re anticipating those as the climate continues to shift.

“We can see a doubling of some stream flows in northern Canada over the next 100 years which would be really damaging for the infrastructure.”

Pomeroy said his team has come up with a more precise model to predict what the future could look like as water levels continually change. Grid squares to evaluate the weather have been narrowed down from 50 kilometres to four.

“It means you can look at the impact of severe storms much more accurately than ever before,” Pomeroy said.

“Overall, it looks as though there will be more water becoming available in our rivers but it will be coming earlier and we may need to store that for the time when we want to use it for irrigation which still tends to be later in the summer.”

Pomeroy said there is 14 times more water flowing out of eastern Saskatchewan now than in the 1970s and 1980s. Rainfall run-off has also increased 150 per cent in that watershed.

He said his team’s research can help design municipal reservoirs to store water in the spring for periods of summer drought. Researchers also used the climate models on the Dempster Highway in northern Yukon to calculate the frequency of future flooding since the highway was being washed out.

The study, which evaluated the Mackenzie and the Saskatchewan River basins, included 40 scientists from eight universities and worked with four federal agencies.

Head researcher Howard Wheater said Western Canada “has some of the most dramatic changes in anywhere in the world at the moment.”

“It’s obvious when you look at the glaciers in the Rocky Mountains in the last few years, they’ll be pretty much gone by the end of the century,” Wheater said.

“But there’s subtle things taking place. The Prairies are seeing very different summers than they have in the past. It’s the same in the North, they’ve got these significant landscape changes with changing vegetation.”

Canada is on cusp of an “absolute revolution” in hydrologic sciences, said Bob Sanford, a water advocate and author.

“I think what we’ve seen is that we’re getting closer and closer to the holy grail of hydrology which is integrating flood and drought prediction and forecasting.”

Sandford said it’s not time for Canadians to panic just yet, but the changes are worth paying attention to in terms of infrastructure.

“I think we’re negligent if we don’t,” he said.

“We know that our infrastructure is designed for an earlier, less variable climate. If this continues in the direction we’re going, the infrastructure will not be adequate to deal with the conditions that we’ll be facing as a new normal.”

– By Ryan McKenna in Edmonton.