There is a sharp drop in the number of Canadians expressing concern about identity theft this year compared to last year, and Canadian businesses are working to protect personal information of customers, a new survey conducted for the Chartered Professional Accountants of Canada (CPA Canada) has found. 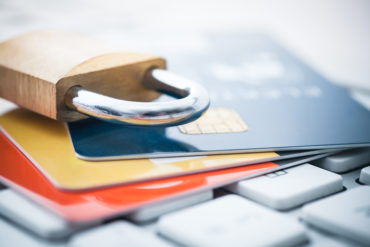 The 2017 CPA Canada Fraud Survey, conducted by Harris Poll for CPA Canada, was released on Monday. It involved a national random sample of 1,001 adult Canadians aged 18 years and over and is considered accurate to within ±3.1 per cent, 19 times out of 20, CPA Canada said in a media release.

The survey found that two-thirds (66%) of respondents agreed that they were concerned about identity theft, “significantly down” from 74% in 2016. At the same time, 72% of participants agreed that Canadian businesses, in general, are doing the best they can to safeguard the personal information of their customers, up from 66% last year.

However, for the second straight year, 73% of the respondents agreed that they are concerned that Canadian businesses are vulnerable to cyberattacks regarding personal information.

“In this era of ever-evolving technology and data management challenges, it is good to see an increasing number of Canadians recognizing the efforts that the business community puts into protecting personal information,” said Cairine Wilson, vice president of corporate citizenship with CPA Canada, in the release. “It’s also encouraging that the respondents understand that, while the business community is doing what it can in terms of information protection, risks do remain.”

According to the survey, almost four in ten (39%) of respondents agreed that they “fear that someone has personal information about them that they should not be in possession of,” up from 35% in last year’s survey. 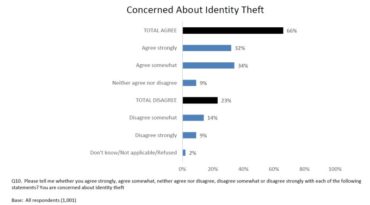 “Fraudsters target many avenues to gain your personal information, including social media and emails,” Wilson explained. Of note, the survey found that 81% of the respondents use a mobile device, such as a cellphone or tablet as one of their sources for accessing the Internet, up from 76% just a year ago.

The survey also found that a majority of respondents (71%) agreed that they are concerned that electronic payment methods, such as tapping debit and credit cards or using smartphone apps to make payments, actually makes fraud easier. In addition, 43% of those surveyed in 2017 either “strongly or somewhat agree” that they are uncomfortable when making online purchases.

In terms of experiencing financial fraud, 32% of the respondents reported they had been a victim at some point in their lives, basically unchanged from 2016 (33%). Among those who reported being a victim of financial fraud, credit card fraud had the highest incidence rate (74%) followed by debit card fraud (28%). Those were the top two forms of fraud cited in 2016 as well, the release noted.

“An interesting finding to emerge from the survey is that three quarters (75 per cent) of the participants have learned information about how to protect themselves from fraudulent activities through the news media,” CPA Canada added.

March is Fraud Prevention Month in Canada. Actual or suspected frauds can be reported to the Canadian Anti-Fraud Centre (or toll free at 1-888-495-8501).

The new Canadian designation, Chartered Professional Accountant (CPA), is now used by Canada’s accounting profession across the country, CPA Canada said in the release. As the profession’s national body, CPA Canada is one of the largest in the world, with more than 200,000 members, both at home and abroad.

More News
Related
Fears of further personal information exposure following cyberattack would prevent some consumers from shopping at breached retailer: study
‘Intelligent,’ tailored cyber insurance solution launched in Canada
One in three cyberattacks in the past year resulted in a security breach for Canadian companies, new Accenture survey finds
Half of polled Canadian businesses suspect or know their firms have been hit by fraud in last year