Most Canadians believe they are good drivers, but admit to at least one bad driving habit: belairdirect survey

A majority of Canadians (95%) believe they are good drivers, but almost the same amount (93%) have admitted to engaging in at least one bad habit behind the wheel, according to a new belairdirect survey by Leger Research. 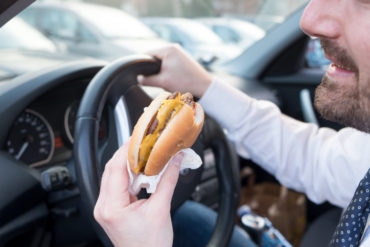 The online survey, conducted late last month and released on Monday, used a representative sample of 1,551 French or English-speaking Canadians, 18 years of age or older. Using data from Statistics Canada, results were weighted according to gender, age, region, mother tongue, education and presence of minor children in the household in order to ensure a representative sample of the entire population under review, belairdirect explained in a statement.

“Many Canadians have engaged in risky or distracting behaviour while driving, including eating and drinking, using a cellphone, applying make-up and even being romantic or intimate,” belairdirect said in the statement. “But, the good news is that they are willing to change – for the right incentive.”

The poll identified what Canadians believe to be the top riskiest behaviours of drivers on the road, including: being under the influence (89%), distracted driving (54%) and fatigue (42%). However, the majority of drivers polled (79%) would be willing to give up at least one bad driving habit if they knew a monetary incentive was offered, belairdirect said in the statement. Habits drivers are most willing to give up involve limiting their cellphone use, including: sending a text, checking their phone and making a call/or talking on the phone.

Some activities that drivers were less enthusiastic to give up included changing the radio station or volume, turning to talk to another passenger or sipping a beverage while driving, the survey found. The study also found that nearly one out of 10 (9%) drivers were not willing to give up anything even if a monetary incentive was involved. Almost all drivers polled (96%) said that they would not steal another driver’s parking spot or speed up to stop someone from passing (91%) and 54% admitted that they like to sing while driving.

Among the survey’s other findings:

“belairdirect is committed to encouraging all Canadians to engage in good driving habits and understands that drivers may not realize that some behaviours are putting them at risk,” Richard Taschereau, deputy senior vice president of marketing, communications and business development with belairdirect, said in the statement. “We’ve all been in a rush or off to a special occasion, but with millions of people on the road, it’s important that we take an active role in keeping the roads safe.”

Founded in Quebec in 1955, belairdirect provides car and home insurance products directly to consumers. It currently employs more than 1,600 people and allows customers to communicate with an agent by phone, online or in person through its network of branches. belairdirect reported that it was the first property and casualty insurer in North America to sell car insurance products online. The company is a subsidiary of Intact Financial Corporation, the largest provider of property and casualty insurance in Canada.

1 Comment » for Most Canadians believe they are good drivers, but admit to at least one bad driving habit: belairdirect survey