All Canadians to get emergency alerts on their phones soon

TORONTO – Canada’s wireless providers are preparing for a looming update to the National Public Alerting System that will force smartphones to sound an ominous alarm when an emergency alert is triggered.

In case of emergencies including Amber Alerts, forest fires, natural disasters, terrorist attacks or severe weather, officials will be able to send a localized alert that will compel compatible phones on an LTE network to emit an alarm – the same shrill beeping that accompanies TV and radio emergency alerts – and display a bilingual text warning. 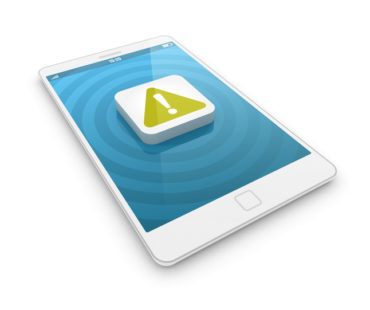 The Canadian Radio-television and Telecommunications Commission gave wireless providers a year to implement the system with a deadline of April 6 to be ready to go live. A report by the CRTC said most wireless providers were in favour of an opt-out option or the ability to disable the alarm for some types of alerts, but consumers can’t turn off the warnings.

“People cannot opt out of this,” said CRTC spokeswoman Patricia Valladao. “There is a high importance that people – want it or not – receive these alerts.”

If a smartphone is turned off it cannot be forced on by an alert. Similarly, if a smartphone is muted an alert cannot force the device to play the alarm. While a broad range of popular phones are compatible with the program, wireless providers have released different lists of phones that will receive the alerts on their networks. Consumers can look up their phone and more information on the program at alertready.ca.

Patrick Tanguy, an assistant deputy minister with Public Safety Canada, said while it was ultimately the CRTC’s decision to keep consumers from having the option of opting out, he defended that call.

“When you’re getting those alerts your life is at risk,” Tanguy said. “So it’s not there’s potentially a danger, there is a danger.”

Similar alerting systems are already in place in other countries including the U.S., where a false alarm in Hawaii about a supposed missile attack made global headlines in January.

New Zealand rolled out a similar system in November but a month earlier had a little snafu. A startling test alert was accidentally sent out at 1:30 a.m., which prompted many to seek ways to opt-out of the system.

There was similar grumbling in New York in 2013 when an alert about a missing child was issued at 3:51 a.m., prompting a debate about whether people should be roused from their sleep in such instances.

Saskatchewan’s provincial emergency public alerting program also had a bit of a hiccup in January when users of the optional SaskAlert app got false warnings about a flood and a wildfire. Officials later said some staff were training on the system and sent the alerts out by mistake.

Tanguy admitted the new federal system “is not 100 per cent bulletproof” but said officials from the various levels of government have been working on researching best practices and training “to make sure those events don’t happen like it happened in Hawaii.”

The mobile alert system is administered by Pelmorex Corp., the parent company of the Weather Network, which will be sending out test alerts in early May to get consumers used to the program.

“People should hopefully be familiar with that sound by the time they get an actual emergency message,” said Paul Temple, senior vice-president of regulatory and strategic affairs at Pelmorex.

“Nowadays pretty well everyone has a phone and you’re not necessarily listening to the radio or watching TV, so it’s just another way to reach people quickly when their life is possibly in danger.”

The CRTC has said wireless providers cannot charge a separate fee on consumers’ bills for participating in the mobile alerting system.