Cap on minor injury auto awards could be coming to B.C. 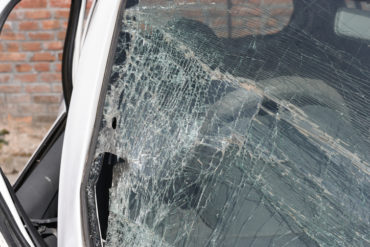 With a cap on minor injury claims, Insurance Corporation of B.C. could cut claims costs by $300 million and $380 million a year, MNP LLP estimated in a report commissioned by Insurance Bureau of Canada and released Tuesday.

In the report – The Benefits of Competition in the Provision of Automobile Insurance in BC – MNP used auto insurance data from Alberta to forecast what could happen if B.C. were to impose a $5,000 cap on awards for pain and suffering associated with minor injuries.

Known in legalese as “nonpecuniary” damages, pain and suffering awards are essentially amounts that judges order defendants to pay plaintiffs to compensate the plaintiffs for losses that cannot be put in dollar amounts.

ICBC has a monopoly on mandatory auto insurance in B.C. Motorists can purchase optional additional insurance from both ICBC and private-sector insurers. ICBC recently announced it lost $935 million during the first nine months of the year. This comes after net losses of $280 million in 2016 and $257 million in 2015.

The government “is considering caps on minor injury pain and suffering awards, as well as other initiatives related to reducing legal costs, as they make up 24% of ICBC’s costs,” Attorney General David Eby wrote Tuesday in a statement to Canadian Underwriter.

In 2016, the average bodily injury claim for a minor injury cost more than $30,000, compared to $8,220 in 2000, Ernst & Young said in a B.C. government-commissioned report released in July, 2017. The increase in minor injury payouts increased 8% a year – more than four times the rate of inflation – over 16 years, EY said in the report, Affordable and Effective Auto Insurance – a New Road Forward for British Columbia.

A cap on minor injury awards is one measure the province could consider, EY said in 2017. At the time, EY said the premiums that ICBC charges are “not high enough” to cover claims costs, the system is not sustainable and the cost of the average minor bodily injury claim has risen well beyond the rate of inflation since 2000.

“A redesign of the current product is required,” EY said at the time.

Auto personal injury lawsuits are costing ICBC significant amounts in costs, disbursements and legal fees and in 2015, this amounted to more than $150 million for claims that resolved for less than $100,000, EY said.

There are “significant costs related to legal and administration of litigated claims in the current system,” Eby told Canadian Underwriter Tuesday.

Nova Scotia has a tort-based auto insurance system, with a cap on pain and suffering awards for minor injuries, MNP noted in the report released this week.

Unlike Nova Scotia, Newfoundland and Labrador does not have a similar cap but Newfoundland’s Public Utilities Board is reviewing what the impact would be if the province were to impose caps of $5,000, $7,500 and $10,000 – indexed for inflation – on awards for non-economic loss for minor injuries, the PUB stated in August, 2017. That review is ongoing.

Ontario – which has both a tort and no-fault system in place – imposed in 2010 a $3,500 cap for minor injuries for first-party accident benefits.