Insurance carriers selling through brokers should share, with competitors, some of the software they make to exchange data with brokers’ computer systems, speakers suggested Wednesday at the Data Exchange (D/X) launch.

“We need to communicate more quickly and efficiently with our brokers,” said Marc Lipman, chief operating officer of American International Group Inc.’s Canadian branch. “If we need to build it on our own, the cost in the work is pretty tremendous.” 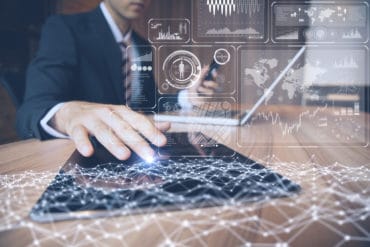 Lipman was referring to application programming interfaces (APIs), or software that transmits data between brokers, carriers and third-party vendors.

“You will hear terms like APIs, web services, various things,” said Michael Loeters, co- chair of the Insurance Brokers Association of Canada (IBAC) technology committee. “We are really talking about communications software – a block of software that essentially allows two applications to exchange data – to talk to each other.” Those applications could be billing inquiries, claims or policy changes.

D/X is a set of principles IBAC developed around technology integration among brokers, carriers and other vendors.

As part of the launch, TIC is working on a “proof of concept” of a way for brokers to send a first notice of loss, on an insurance claim, directly to their carriers.

The “next steps” of D/X include working groups, which IBAC hopes to have up and running this fall.

While TIC led the proof of concept of first notice of loss, IBAC is spearheading the effort to roll out D/X.

It would entail a repository, or a “reusable data services library,” Loeters noted.

That library is not up and running yet.

Say a company wants to develop an API to let a brokerage communicate with a carrier. Instead of making its own API from scratch, the company could use a software application from the library and just do a “small incremental amount of development to make it work” for them, Loeters said.

“Let’s stop duplicating effort,” Loeters said. “The idea is instead of two of you building this, only one of you is going to build this and you are going to share it with your competitor and that is going to significantly reduce cost and accelerate the innovation.”

He compared the APIs that carriers could share with one another as utilities such as light, power and water.

“Data connectivity is not a competitive advantage,” he said. “It’s just communication.”

“I still compete – I win or lose – on the quality of our products, our underwriting, and claims service,” he said.

7 Comments » for Why carriers should share with their competitors