Cat counter starts the year at $134 million for winter storms

For the Canadian P&C insurance industry, Cat activity roared in like a lion in January, but has looked more like a kitten since then.

Two winter storms in Western Canada caused more than $134 million in insured damage, based on surveys from Catastrophe Indices and Quantification Inc. (CatIQ).

“Once again, severe storms have caused havoc in Western Canada,” Aaron Sutherland, acting vice president of the Insurance Bureau of Canada’s (IBC) western and pacific region, commented. “These events are examples of the increasing impact of extreme weather and the need to increase investment in measures to adapt and better protect Canadians from coast to coast.”

Saskatchewan bore the brunt of the damage, seeing the most prolonged period of extreme wind gusts. Property owners across southern Saskatchewan reported extensive damage to farm structures, including barns and grain bins. Property damage to houses and other structures due to wandering grain bins was also reported. Wind gusts across the Prairies exceeded 100 km/h and caused extensive damage. Damage was close to close to $70 million in Saskatchewan. 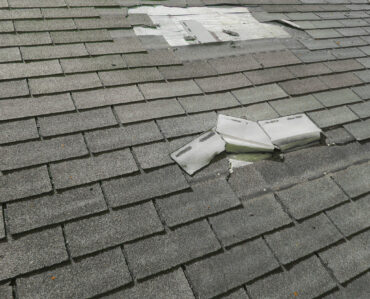 In Alberta, insurance paid out $30 million in claims, with most damage occurring around Taber, Lethbridge and Calgary.

Mother Nature struck Alberta again about a week later. Snowsqualls in Alberta Jan. 19-20 featured one wind gust of 193 km/h recorded west of Calgary. (Sustained 193 km/h winds would be the equivalent of an EF-2 tornado). While the winds that swept over the central part of Alberta weren’t quite that strong, the region still saw prolonged intense wind gusts reaching a peak of 107 km/h. Snowfalls of between 10-20 cm were reported in several areas.

The snow squalls caused extensive damage, including downed trees, power lines, and collapsed roofs. Shingles, vents and siding were torn off numerous homes and some businesses. The total damage of the snowsqualls is estimated at close to $32 million.

“Alberta in particular has experienced more severe weather events this decade than any other region in Canada,” IBC noted in a release announcing the insured damage estimates. “Taxpayers and insurers share the cost for severe weather damage.

“For every dollar paid in insurance claims for damaged homes and businesses, all levels of government and taxpayers pay out much more to repair public infrastructure that severe weather has damaged. Yet Canada still lacks a national climate adaptation strategy with measurable targets and the accompanying investments needed to protect Canadian homes and businesses from natural disasters.”

Apart from the winter storms in the early part of 2021 Q1, the Canadian weather has been fairly “benign” for most of the quarter, one auto claims executive told Canadian Underwriter recently.

The claims executive was speaking to Canadian Underwriter about auto claims patterns generally, and commenting on the effect of the business lockdowns to prevent the spread of COVID-19. While lockdowns have had a mitigating effect on auto claims, “we’ve [also] been very fortunate from a weather perspective,” the insurance company executive commented. She observed that last year saw “Snowmageddon” hit some areas of Newfoundland with almost 100 cm of snow.

“There haven’t been that many major weather events [this year],” the executive said. “In combination with the weather and lockdowns, we’ve seen a quieter claim volume than we have seen in past winters.”

Soon after that interview, Ontario saw a winter storm bring in about 15-30 cm of snow and 50 km/h winds to the eastern regions of the province Feb. 16. It’s too early to tell what claims impact that storm may have had; it’s possible the impact may have been muted because Ontario was in provincial lockdown due to the pandemic.