The Fort McMurray wildfire has the potential to give rise to “much more complex issues for the reinsurance market than may appear at first sight,” particularly surrounding issues of causation, aggregation and contingent business interruption (CBI), said a partner with CMS Cameron McKenna LLP in London, United Kingdom. 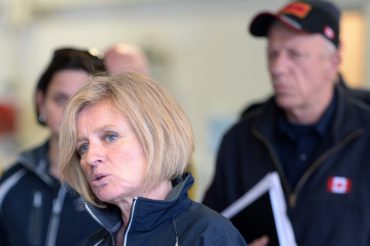 Alex Denslow, a partner with the Insurance & Reinsurance Group at CMS London, noted in a briefing on Tuesday that it has been suggested that the fires are most likely to have been caused by “human intervention. This is an important issue because the cause of a loss sets the framework against which cover is triggered, and aggregation assessed,” he said in the briefing. For example, a fire started by an accidentally dropped cigarette or out-of-control camp fire will, by its nature, be considered an isolated incident, lacking any causal connection with other nearby fires, he said. “This presents a significantly different backdrop for coverage analysis than fires in different locations started by arson, or by numerous lightning strikes during one storm.”

In addition, Denslow noted, the legal cause of a loss may differ from the cause of the fire, especially in the context of BI or CBI claims, where the unavailability of staff, materials, transport or customers may impact commercial operations. The precise issues will be determined by the policy wording in question, but the general question raised in relation to the fire is likely to be “whether the loss covered is that which would not have occurred but for (a) the damage to the property, and/or (b) the fires more generally,” Denslow said. “Reinsurers will be on the lookout for properly adjusted underlying claims, and the scope of cover offered by their own treaties.”

Regarding aggregation and CBI, Denslow said that the market is already referring to the fire as an “event,” but it may well be that losses elsewhere in Alberta are treated as separate events; the Canadian Wildland Fire Information System reports fire numbers (over 1,000 in 2016 to date) and burn area (over 1,600 square miles) significantly above the ten-year average.

“An issue then arises as to whether contingent business interruption losses caused by the fires generally, rather than by a single event, can be aggregated as part of any such event,” Denslow said. “Issues of allocation of contingent business interruption losses are likely to be further complicated in some cases by the absence of physical damage. Of particular interest will be whether energy losses arising from the interruption of production in the Athabasca Sands region will be aggregable with non-marine homeowners and SME losses from the Fort McMurray region.”

Energy policies for the offshore market have historically tended to assume some physical damage as the trigger for Loss of Production/Increased Costs of Working (LOPI) cover, but onshore policies may be exposed to LOPI without the need for physical damage, Denslow added.

The briefing points out that an increasingly common feature of many classes of insurance is the ability to claim for disruption to home or business without the need to suffer physical damage to property. In a typical Canadian homeowner’s policy, cover is available for “Additional Living Expenses” if the property is evacuated, but policies are likely to vary on whether this cover responds without any physical damage. “In light of the evacuation order for the town of Fort McMurray, many homeowners will suffer losses and many businesses will be unable to operate due to denial of services or shortage of staff, even though they suffer no physical damage,” he said. “In the wider Athabasca region, oil operations may face shutdown due to inaccessible roads and the evacuation of staff, even though there is no physical damage to oil installations.

The BI and CBI fall-out will not be clear for some time, Denslow said, adding that the scope and sub-limits of such cover can vary, and may (or may not) include cover (i) for the impact of civil authority orders preventing or restricting access, such as the mandatory evacuation orders in place for several Canadian communities, including Fort McMurray, and (ii) loss of attraction/reduction in number of customers. “Reinsurers will need to examine their own wordings to assess the recoverability of these losses up the chain,” Denslow suggested. “Many reinsurances simply exclude the recoverability of CBI losses as they are notoriously difficult to rate.”

As of 11:30 a.m. local time on Tuesday, the Fort McMurray wildfire is roughly 229,000 hectares in size and is about 25 to 30 kilometres from the border of Saskatchewan, according to the Government of Alberta. There are about 700 firefighters, 26 helicopters, 13 air tankers and 46 pieces of heavy equipment working on the fire.