A U.S. state, with a cap on compensatory damages payable to accident victims suing the state, can be considered an “inadequately insured motorist” for the purpose of an Ontario auto family protection endorsement, the Court of Appeal for Ontario recently ruled. 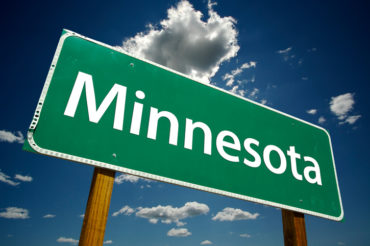 Court records indicate that in 2010, Glen and Theresa Hartley were injured while touring in Minnesota on a motorcycle. They were struck by a truck owned and operated by the State of Minnesota.

Their OPCF 44R family protection endorsement, written by Security National, had a limit of $1 million.

Minnesota’s Tort Claims Act stipulates that the State government will “pay compensation for property loss and personal injury caused by a state employee acting in the course of his or her employment,” wrote Justice David Paciocco of the Court of Appeal for Ontario in a ruling released Sept. 14, 2017. However, Minnesota also has $500,000 cap on the amount that can be claimed by an individual and a $1.5 million cap on the total payable “for any number of claims arising out of a single occurrence,” Justice Paciocco added.

The Hartleys argued that they “ought to be entitled to recover,” from Security National, the difference “between their actual damages up to the policy limit of $1 million and what was received in settlement of the Minnesota action,” wrote Justice Gerald Taylor of the Ontario Superior Court of Justice, in a ruling released in March, 2016.

Among other things, Security National argued on appeal that the Hartleys’ “shortfall in recovery is not the result of underinsurance, but rather the result of a statutory immunity,” Justice Paciocco of the Court of Appeal for Ontario wrote.

“The Tort Claims Act does not remove Minnesota’s liability but rather limits the damages that can be collected from Minnesota,” Justice Paciocco added. “Instead of assisting Security National, the cap on damages produces a shortfall between what Mr. Hartley is ‘legally entitled to recover’ in damages, and what he is entitled to receive, thereby triggering a right of indemnity under OPCF 44R.”

Under the Ontario auto family protection endorsement, an “inadequately insured motorist” means “the identified owner or identified driver of an automobile for which the total motor vehicle liability insurance or bonds, cash deposits or other financial guarantees as required by law in lieu of insurance, obtained by the owner or driver is less than the limit of family protection coverage.”

The fact that the State of Minnesota is self-insured does not mean that it is not an “inadequately insured motorist,” Justice Paciocco wrote.

“An average person applying for insurance would understand that the ordinary meaning of the phrase ‘financial guarantees as required by law in lieu of insurance’ would include a legislated obligation by an uninsured state to indemnify its employees by paying compensation for tortious damage caused by those employees,” Justice Paciocco added. “And this is what the Minnesota Tort Claims Act expressly does. It is a legislated scheme – thereby “’required by law’ – subdivision 9 of which guarantees that Minnesota will indemnify its employees for damages in connection with civil claims, which would include those arising from automobile accidents.”