The challenge with insuring autonomous ships

The large body of regulations known as maritime law should be addressed before or in concert with insurance considerations when it comes to autonomous vessels, British Columbia-based author Blake Desaulniers told Canadian Underwriter last week.

“That large body of regulations and laws will have to be addressed before you can effectively address the insurance considerations or at least coincidentally or in concert with the insurance industry,” said Desaulniers, who has written for the Insurance Brokers Association of British Columbia’s BC Broker Magazine. “If you were smart, you would probably do it simultaneously and you would have insurers at the table with you to help develop the appropriate language and standards.” 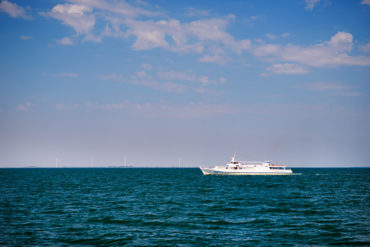 “Maritime law, as such, didn’t anticipate autonomous ships,” Desaulniers said, comparing autonomous vessels to autonomous vehicles “in that regulations don’t anticipate a vehicle running without human intervention or human presence.” The issue is complicated in the maritime world, as it can be difficult to get the various international or multiple national and regional jurisdictions on the same page from an administrative standpoint.

“It’s a lot like autonomous vehicles in that technologically, it’s not all that difficult as much as it is more difficult from a regulatory regime perspective,” Desaulniers said.

Another complicating factor around autonomous vehicles in general is that is no real case law surrounding things like injury liability. “Those initial cases are going to have to go to the courts and the court system is going to have to decide what the direction and parameters of case law will be, so we have the foundation for making judgement going forward,” Desaulniers said. “The same thing is going to be true of autonomous shipping. It’s much easier to address those kinds of issues on a regional basis rather than to coordinate an entire international effort to harmonize multiple jurisdictions around the globe on legal and insurance standards.”

Norway is an interesting case study, Desaulniers said, as there short haul routes in the Fjords already running autonomous ships (a battery manufacturer out of Richmond, B.C. is supplying the electric batteries). There are also established industry working groups on autonomous shipping.

More News
Related
‘No active deals on the table’ to sell minority interest in SGI Canada
Tool can help insurers ensure document authenticity
Why are electronic pink slips being held up in Ontario?
Silent cyber a big issue, most companies with insurance book have exposure: AIR Worldwide’s Stransky