What changed for insurance industry under the new trade deal?

Aside from the name change from NAFTA to the United States-Mexico-Canada Agreement (USMCA), what changed for Canada’s property and casualty insurers under the new free trade agreement announced Monday? 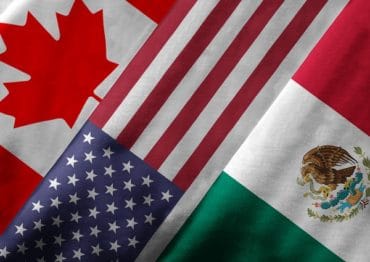 Not a whole heck of a lot, it would appear.

Regulations around solvency, capital requirements and market conduct are exactly the same under USMCA as they were under NAFTA. The status quo appears to reign supreme for Canadian, Mexican and U.S. insurers and brokerages operating in each other’s jurisdictions.

For example, if Canada’s solvency regulator, the Office of the Superintendent of Financial Institutions (OSFI), required a Canadian insurer to hold 25% reserve funds for solvency purposes and required a minimum capital test (MCT) score of 150, then an American or Mexican insurer operating on Canadian soil would be held to these same standards.

Similarly, if the U.S. standard was 15% reserve funds and an MCT score of 100, a Canadian company or Mexican insurer operating in the United States would have to abide by these standards.

“That’s replicated word-for-word in this new [USMCA] agreement,” says Steve Masnyk, principal of Skybridge Strategies, which handles government relations for a number of high-profile insurance clients. “It’s exactly the same wording; they haven’t even changed a comma. So basically, it’s the status quo. There will be no change as far as the standards that the Canadian government applies to the Mexican and American insurers, and vice versa.”

And the same applies to brokerages operating in the United States and/or Mexico. “If a Toronto broker wants to operate in Ohio, Ohio cannot discriminate against that Canadian broker by imposing higher standards,” Masnyk said by way of example. “They have to apply exactly the same standards that they would apply to an Ohio brokerage.”

If there is any notable change in the USMCA, it has to do with a new committee established to “assess the functioning of the agreement.” Article 17.21 of USMCA establishes a new Committee on Financial Services, which is essentially a trilateral commission to oversee and supervise that the countries are treating the other two countries fairly and according to the rules or standards of the agreement.

Article 17.21 states: “The principal representative of each party [i.e. Canada, Mexico, or the United States] shall be an official of the party’s authority responsible for financial services set out in Annex 17-B (Authorities Responsible for Financial Services).”