An Ottawa drycleaner has to pay a neighbouring property owner nearly $2 million because of environmental contamination that happened more than 40 years ago.

Eddy Huang, who owns properties on Bank Street north of the Billings Bridge, sued drycleaner Fraser Hillary’s Limited as well as David Hillary, who has owned the dry cleaner since 1971.

That ruling was upheld this year by the Court of Appeal for Ontario, in a ruling released June 8. 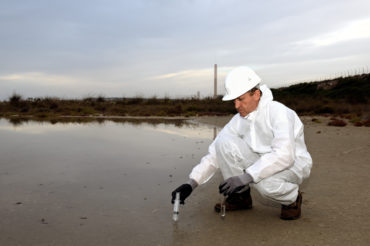 In appealing the award, the defendants argued that Justice Roger “retrospectively applied” part X of Ontario’s Environmental Protection Act, which became effective in 1985.

The Court of Appeal for Ontario disagreed that the EPA was applied retrospectively.

“Time does not freeze in 1974 for the purposes of liability under s. 99(2) [of the EPA],” wrote Justice William Hourigan of the Court of Appeal for Ontario. Concurring were Justices J. Michal Fairburn and Mary Lou Benotto

Section 99 (2) of the EPA gives plaintiffs the right to compensation for losses as a result of spills of pollutants from persons having “control” of those pollutants.

Huang argued he cannot develop his properties because they are contaminated.

Related Story:  When pollution is not a ‘direct’ result of a company’s loss

The drycleaner had “an ongoing obligation” to remediate the contamination due to Section 93 of the EPA, Justice Hourigan noted. That clause states: “The owner of a pollutant and the person having control of a pollutant that is spilled and that causes or is likely to cause an adverse effect shall forthwith do everything practicable to prevent, eliminate and ameliorate the adverse effect and to restore the natural environment.”

Huang, who bought the neighbouring properties in the 1990s, approached his bank in 2002 and arranged for a Phase I environmental report on the recommendation of his mortgage specialist. It confirmed the likely presence of contamination.