Child restraint systems in commercial aviation should be mandatory: TSB

The use of child restraint systems should be mandatory on commercial aircraft in Canada, the Transportation Safety Board of Canada reiterated Thursday in a report on an accident that injured 25. 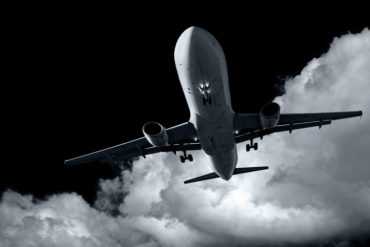 No child restraint systems were used (nor were they mandatory) on an Airbus A320 that struck ground March 29, 2015 about 700 feet short of a runway while landing at Halifax/Stanfield International Airport, TSB said in an investigation report into that accident.

Of the 133 passengers and five crew members, 25 were injured, TSB said, adding that the airplane was destroyed. The A320 was used by Air Canada on a scheduled flight from Toronto.

TSB made 12 findings as to risk.

“If new regulations on the use of child-restraint systems are not implemented, lap-held infants and young children are exposed to undue risk and are not provided with a level of safety equivalent to that for adult passengers,” TSB said in the report.

TSB recommended in 2015 that the federal transport department “work with industry to develop age- and size-appropriate child restraint systems for infants and young children travelling on commercial aircraft, and mandate their use to provide an equivalent level of safety compared to adults.” TSB – a separate organization from Transport Canada – made that recommendation in a report on a fatal accident Dec. 22, 2012. A Fairchild Metro twin-engine airplane with seven passengers and two crew members crashed at Sanikiluaq, Nunavut, 10 seconds after the captain made a call to pull up and go around. The crew of the charter flight had forgotten to bring instrument approach charts, for Runway 09 at Sanikiluaq, from Winnipeg International Airport. The wind was from the northeast. The crew attempted to land at Runway 27 despite the tail wind.

When the Metroliner was about 20 to 50 feet above ground level at Sanikiluaq, it was past the midway point with a ground speed of 135 knots. After increasing engine power and retracting landing gear, when the airplane was more than 2,300 feet beyond the threshold, the airplane collided with terrain beyond the departure end. One child was killed. Another six passengers plus both crew members were seriously injured. The seventh passenger had minor injuries.

The mother of the child who was killed was sitting in a front seat.

“The aircraft main doorstair was positioned directly in front of her seat, creating a hazard for the infant,” TSB said in the report. “The absence of an energy-absorbent seat back in front, combined with the presence of the hard, sharp, metal stairs, ceiling and cockpit partitions, likely resulted in the lap-held infant coming into contact with hard, non-deformable interior surfaces during the dynamics of the impact sequence.”

Of TSB’s recommendation to mandate child seats, TSB said in March 2017 that Transport Canada is conducting a regulatory examination of the issue, scheduled to conclude this fall.

Transport Canada “advised it will also participate in the upcoming [International Civil Aviation Organization] Cabin Safety Group meeting to work on the development of revised international guidance on child restraint systems,” TSB said in March, adding the board” is unable to determine if these actions will result in specific solutions to address the safety deficiency” identified in the recommendation made after the Sanikiluaq accident.

“Although passengers are required to securely stow all carry-on baggage during takeoff and landing because of the potential risk of injury to other passengers should an unexpected hazardous event occur, passengers continue to be permitted to hold in their lap a child of a size and weight equal to carry-on baggage,” TSB says on its recommendation page. “If children under 2 years old are not required to be restrained for their own safety, the safety of other passengers also becomes an issue.”

In its report on the 2015 incident in Halifax, a passenger and an infant being held by that passenger “had injuries consistent with hitting the back of the seat in front,” TSB reported May 18, 2017.

“Most of the passengers’ injuries were consistent with their having jackknifed at the lap belt and flailing forward due to longitudinal forces, then striking either the back of the forward seat or another surface, or both,” TSB added. “Injuries to hands and wrists were consistent with passengers attempting to hold on to the backs of the forward seats or placing their hands forward as a means of bracing themselves.”