In the spirit of the holiday season, insurance companies around the world are sharing their most—and least—common Christmas claims, in the hopes that people keep safe during the festive period. 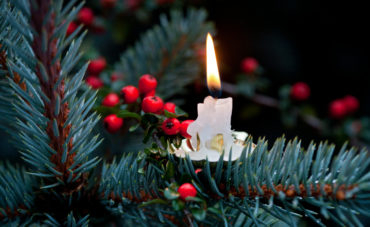 An obvious Yuletide tip would be to keep your lit candles on flat surfaces, and not on the tree.

Sarina Insurance Brokers reminds us that once upon a time, Christians used to decorate their Christmas trees with candles as a way of worship. One man in Europe wanted to keep the old tradition alive and attached lit candles to his tree only to then leave the room.

“Unsurprisingly the tree caught fire and ended up burning his house down,” Sarina Insurance reported. “Amazingly, the insurance company paid up to the sum of 330,000 pounds (roughly the equivalent of Cdn$562,703).”

Carpets take a beating with Christmas spills of all kinds. Believe it or not, this risk ties in with another one of the season’s most frequent claims—unattended holiday treats. Methodist Insurance in the United Kingdom listed “forgotten food” as the seventh-highest reasons for claims in the holiday season. This could result from forgetting to take the turkey out of the oven (thereby ruining the oven or causing a fire), or spilling your wine on the white couch.

And then there’s always the hungry pooch claim.

One dog owner made a costly insurance claim when their dog snatched and ate 12 mince pies while people were not looking. The dog even ate the foil and plastic wrapping as well.

“The dog then proceeded to throw up in her car on the way to the vet,” Sarina Insurance says. “Luckily, her dog eventually passed the packaging and no long-term harm was done – except for the pricey vet bill and insurance claim.”

Theft is on the rise when so many valuable new shiny toys are on display. Methodist Insurance said theft represented 6% of all Xmas claims, with each claim costing an average of Cdn$2,903.

TVs are obviously big-ticket items at gift-giving time. Sometimes even excitement of receiving a TV is enough to trigger a damage claim.

“For instance, over in the UK two youngsters got so excited about their new Nintendo Wii that they accidentally threw the handset into their equally new plasma-screen TV,” Sarina Insurance reports. “The family then had to make a claim to the tune of [Cdn$1,705] to fund a replacement.”