Marsh has announced the appointment of Christopher Schaper as CEO of its managing general agent (MGA) business, the Schinnerer Group, effective immediately. 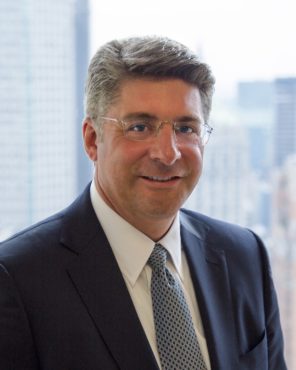 In his role, Schaper will focus on the development and advancement of Marsh’s existing MGA businesses in Canada and the United States, including Victor O. Schinnerer & Co. and Canadian MGA ENCON, and oversee the development of its MGA business internationally, Marsh said in a press release on Thursday. He will also be responsible for developing innovative risk solutions for clients that leverage emerging capacity from capital markets, working closely with teams across Marsh and Guy Carpenter, a provider of risk and intermediary services.

Schaper will be based in Hamilton, Bermuda and report to John Drzik, Marsh’s president of global risk and specialties.

Schaper brings over 25 years of experience as a senior insurance executive and joins Schinnerer from Montpelier Re, where he most recently served as an executive officer within Montpelier Re Holdings, president of Montpelier Re Ltd. and underwriting chairman of Blue Capital, Montpelier’s capital markets entity. Previously, Schaper held several leadership positions at Endurance Specialty Insurance Ltd., including chief underwriting officer and head of reinsurance, and head of casualty treaty reinsurance.

“Chris’ extensive industry and executive experience make him ideally qualified to lead the growth and development of our MGA business,” Drzik said in the release. “We are pleased to welcome him to the Schinnerer Group.”

In July, Marsh announced that Martin South will be appointed president of the United States and Canada division of the commercial insurance brokerage on Sept. 1. South “will oversee Marsh’s U.S. core brokerage, businesses in Canada, and portfolio of U.S. businesses encompassing industries and practices,” Marsh said at the time. Based in New York City, where Marsh is based, South will report to Marsh president John Doyle. Before his appointment, South was chief executive officer of Marsh’s Asia-Pacific region as well as CEO of Marsh Europe and CEO of Marsh U.K. & Ireland.

Marsh, an insurance broker and risk advisor, is a wholly-owned subsidiary of Marsh & McLennan Companies, Inc (MMC). With annual revenue of US$13 billion and approximately 60,000 employees worldwide, MMC is also the parent company of Guy Carpenter; Mercer, a provider of talent, health, retirement and investment consulting; and management consulting firm Oliver Wyman.