Interest rates in Canada are predicted to stay “very low by historic standards” through the end of 2019, an economist recently told insurance professionals, while a “movement against globalization” is a concern for one of Canada’s largest carriers. 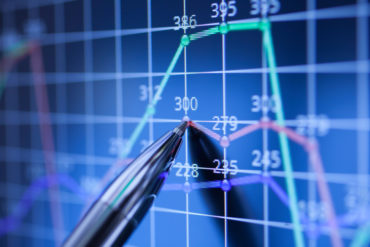 Avery Shenfeld, managing director and chief economist for the Canadian Imperial Bank of Commerce, was one speaker on a panel Tuesday titled Investment Strategy in an Era of Economic Uncertainty.

“There will be some upward pressure on five-year rates as we get to the end of this year and it becomes clear that the Bank of Canada is in a position to raise rates in 2018,” Shenfeld said during the panel, part of Insurance Bureau of Canada’s 21st annual Financial Affairs Symposium.

One of Shenfeld’s slides – quoting from CIBC, Statistics Canada and Canada Mortgage and Housing Corp. – listed actual and forecast growth rates in gross domestic product for Canada and each of the provinces. The real growth in GDP is forecast at 1.4% in 2016, 2.4% this year and 1.9% in 2018.

“We are still doing well enough that you would wonder, why isn’t the Bank of Canada talking about interest rates, because after all, the unemployment rate has dropped after the last year or so, and we are getting closer to Canada to full employment,” Shenfeld said. “I think the real reason is the Bank of Canada wants the Canadian dollar to be at least as weak as it is now but it doesn’t want to say that because it doesn’t want to admit that it is really targetting the exchange rate.”

MSA Research Inc. reported earlier that net investment income for the Canadian property and casualty insurance industry dropped 8.4%, from $3.23 billion in 2015 to $2.96 billion in 2016. Those figures exclude some carriers, including the provincial crown corporations writing auto in British Columbia, Saskatchewan and Manitoba.

“We are worried here in Canada, and businesses are worried, that if you undertake an expansion in Canada to serve the U.S., maybe Donald Trump will tweet about your company and say, ‘Why are you not building that car plant in the U.S.?” Shenfeld said.  “We are worried about these things that go Trump in the night and for the time being that is holding back capital spending in Canada.”

The panel was moderated by Hudson Lopez, a partner at KPMG Canada who is involved in auditing insurers. Lopez asked panelists what worried them the most about Shenfeld’s presentation.

One worry for Intact Financial Corp. is a possible “spike in inflation,” suggested Werner Muehlemann, senior vice president and managing director at Intact.

“We don’t see that at the moment but that would create a problem,” Muehlemann said at the Financial Affairs Symposium. “The other part is really the movement against globalization that we are seeing. It’s happening in the U.S. It’s happening elsewhere. This could have an impact on financial markets.”

The referendum in Britain last June – in which the majority of voters said their nation should leave the 28-nation European Union (EU) – is another development that could “shake the market,” Muehlemann suggested.

“We think (Britain and the rest of the EU) will come to an agreement that makes sense for financial markets and for everybody but there is still a risk there,” Muehlemann said of the Brexit negotiations.

“It’s reasonable that if some of these uncertainties on trade are cleared up that the Canadian economy will grow fast enough to justify a half (percentage) point rise in Canadian rates in 2018 and another half a percent rise in 2019,” Shenfeld said. “That would still leave short-term interest rates sitting at 1.5%, which is very low by historic standards, particularly when you’ve got the unemployment rate as low as it already is today.”

The Bank of Canada could still raise rates “without being afraid of inflation,” Shenfeld said. “But the bottom line is the Bank of Canada wants the (U.S.) Federal Reserve to go first in raising interest rates so that they can step up with a half-point rise in 2018 without sending the currency stronger.”