Staff from the City of Edmonton are scheduled to look at flood mitigation options for the city as the next step in its examination of upgrades to drainage infrastructure. 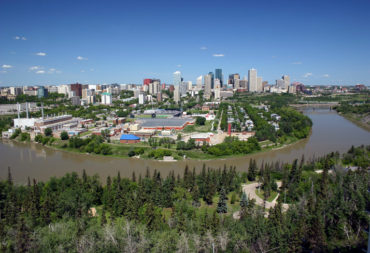 The city said in a press release earlier this week that city staff will outline flood mitigation options contained in two reports at a Utility Committee meeting on Friday. One report identifies engineering assessments of flood risk in more than160 residential neighbourhoods (mostly built before 1989), and a complementary report outlines a high-level study of smaller-scale options to reduce underpass flooding at high-risk locations.

“Edmonton needs to invest to protect residents, homes and businesses as one of many Canadian municipalities preparing for changing weather patterns,” Todd Wyman, director in the city’s Sustainable Development department, said in the release. “City council will consider four options based on extensive infrastructure and rainfall studies. Public engagement will continue through 2018 while staff continue to advance the strategy forward.”

Options presented balance risk, cost and the likelihood of major rainstorms, the city reported. Cost estimates range from $2.2 billion to $4.6 billion, with potential construction taking anywhere from 20 to 82 years. Current expenditure for flood mitigation projects is in the range of $30 million to $50 million per year.

According to the release, next steps include working with water services company EPCOR to examine the impact of the city-wide flood mitigation strategy on the drainage utility rates and public engagement results to date.

Neighbourhood-specific recommendations and costs will be developed once city administrative staff complete a framework for prioritizing which neighbourhoods need work first, the city reported. “Options for flood mitigation could also impact solutions for underpass flooding, as upgrading the system holistically will increase capacity to absorb rainfall that might otherwise flood roadways.”

The city said in the release that project work and public engagement will continue during the transition period of drainage operations from the City of Edmonton to EPCOR. The transfer date is set for Sept. 1.

The city-wide flood mitigation study dates back to 2013, when city administration initiated a risk-based engineering study for areas of the city without major stormwater management systems, according to background information from the Utility Committee.