Despite the downturn in the oil and gas industry, claims costs are increasing, a speaker said on Thursday at the Canadian Risk and Insurance Education Forum. 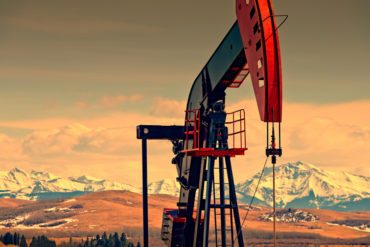 “I would suggest that in the upstream oil and gas industry – where most spills are concentrated – we think that claims costs are increasing by more than four times the rate of inflation,” said David McKeen, vice president, western Canada regional manager at Chubb Insurance Company of Canada. “That’s still happening despite the downturn.”

While it can be difficult to determine exactly what is contributing to the increased claims costs, McKeen noted that generally speaking, there are four main variables in how much a crude oil spill costs to clean up: quantity, what is spilled, where it was spilled and what receptors are in the area.

“Quantity is pretty easy – more is worse,” he said during a panel discussion titled Moving Oil in Canada at the forum, held at The National Club in downtown Toronto.

What is spilled is very important, McKeen continued, as crude oil varies drastically. At one end of the spectrum is bitumen, which is almost the consistency of asphalt, and could probably be cleaned up using a shovel, he suggested. Light oils and distillates – “the stuff that was coming through Lac-Mégantic” – are another type, McKeen said, referencing the July 2013 train derailment in Quebec that claimed the lives of 47 people and destroyed 30 buildings. Some light oils are the consistency of diesel in cars; some are even thinner. “It spreads like crazy and it gets into everything, so it can be very, very difficult to clean up,” he said.

But the worst thing to spill in McKeen’s opinion is salt water. “Salt water kills everything it touches. It gets into everything; it can be very, very difficult to get out,” he said. “So from our perspective, for somebody who insures a lot of upstream oil and gas activity, that stuff is probably the single worst.”

As for the third variable – location – the more remote the worse. For example, it could be difficult and expensive to get equipment to a spill site that is hundreds of kilometres away. “We’ve had claims where we’ve had to build roads to the site – that costs a lot of money,” McKeen told forum attendees. “We’ve had claims where we’ve had to build work camps for sometimes hundreds of temporary employees to clean up the site – that cost a lot of money. And that’s just to allow you to start to remediate the spill.”

As well, when disposing of dangerous chemicals, they must be taken to a specialist landfill, McKeen noted. “The more remote you are, the further you have to truck it. Trucking costs can be a big driver of environmental remediation clean-up.”

In McKeen’s opinion, the most effective, but also most costly, way to clean up an oil spill is to “dig and dump,” which involves removing all of the contaminated soil, putting it in a truck and taking it to the nearest specialist landfill. “Regulators like it because it’s certain,” he said, adding that this method became much more prevalent in Alberta about 10 years ago, when a lot of claims switched from treating the spill in place to “dig and dump.” Other options include flushing the area out with freshwater (in the case of salt water spills) or putting solvents on the site. “That is generally sort of a middle ground in terms of expense if I am generalizing tremendously,” McKeen said.

The last variable – receptors – includes considerations such as if the spill was in sandy soil or clay-based soil (with the latter often being tougher and more expensive to clean); spills in waterways – “fast-moving water is the single fastest way to escalate your claim unless you’ve spilled salt water,” McKeen says; and spills in muskegs, which McKeen describes as “essentially like a giant, slow-moving river or swamp” that covers huge swathes of northern Alberta, Saskatchewan and Manitoba and offers no good remediation options.

Another panel speaker, Christopher Davies, executive general adjuster at Charles Taylor Adjusting, suggested that “it’s the environmental conditions at the point of release which really determine the cost of the clean-up exercise.” For example, a single road tanker accident only releases about 34,000 litres of oil to the environment compared to 109,000 litres for a rail tanker. “But what happens if the oil escapes the confines of the highway and gets into a drain?” Davies asked. “The drain leads to a culvert, the culvert then feeds a river, the river then feeds into a lake. And suddenly for a very small amount of oil leakage, you’ve potentially got a very expensive operation on your hands.”

By comparison, pipelines tend to have the lowest incidents of spillage, but when they do occur, the potential is to release the largest volumes. Davies told forum attendees the case of a 2010 Enbridge spill in which 3.1 million litres of heavy oil was discharged was a six-foot hole in a pipeline. The spill ran for about 17 hours into a creek and then into Kalamazoo River in Michigan. Being heavy oil, it sank in water and increased the cost of the remediation operation considerably, he said, noting that the total cost excluding fines and penalties was US$1.2 billion. “That was against a backdrop of a pollution liability policy limit of US$650 million, meaning that Enbridge had to bite the bullet on something like a half a billion dollars of an uninsured loss,” he said.