Claims industry improving on creation of succession plans, but planning should be for all industry positions: Cook

The claims industry is doing a much better job of developing leaders and creating succession plans than it has in the past, Phil Cook, CEO of Omega Insurance Holdings Inc., said during the CICMA/CIAA Ontario Chapters’ 50th Annual Joint Conference on Monday. 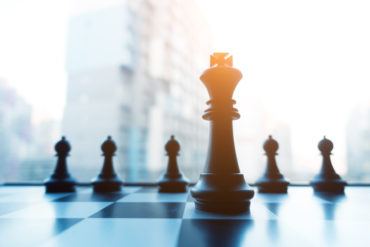 Cook was one speaker on a panel sharing tips and strategies for effective leadership at the joint conference of the Canadian Insurance Claims Managers Association/Canadian Independent Adjusters’ Association, held at the Metro Toronto Convention Centre. While Cook said that the industry has done a much better job “probably in the last 25 years up to now,” he said he believes there should be succession planning all the way through for all positions in the industry.

“Everyone should have a succession plan,” he stressed at the conference, the theme of which was Leadership: Past, Present and Future. “I’ve had a succession plan for probably the last 30 years in various organizations.”

The session was moderated by TEC Canada chair Tammie Norn.

Cook noted that if one looks at the leadership at the top five or six Canadian P&C insurance companies and adjusting firms, “the average age is way lower than it used to be. I think that’s extremely healthy for the industry. I also think it’s very healthy when two or three of those leaders in the top companies didn’t come out of the insurance industry,” he said, adding that “we don’t have parachute leaders coming.”

The starting point for discussion on succession planning, Cook told attendees, is to consider whether leaders are developed or natural. “I think in my experience, most of the, shall we say, ‘good’ leaders have been ones that have demonstrated leadership capability from a very early age or a different industry,” he suggested. “I think the trick as leaders when we look at successors is to spot those, not necessarily to develop them. Having said that, there obviously are skills that can be developed.”

Another panel member, Rosallie Papa-Reid, assistant vice president, people & practice lead-claims, with Aviva Canada, suggested that the industry needs to learn to take a little bit more risk when it comes to succession planning. “I think traditionally as leaders we say our succession plan is people who have been here so long and know things technically.”

Justin Do, an adjuster at MGB Claims Consultants Inc., agreed, noting that while he has only been in the industry since 2008, he has already seen “people promoted beyond their capabilities. Some people plateau at a certain level and they don’t have a skill set to get beyond that level,” he argued.

For leaders, it’s also important to empower them to make mistakes, Papa-Reid told attendees, saying that “to be vulnerable is important as a leader, so you can make connections” with colleagues. “As a leader, you are human and you make mistakes,” she said.

In terms of making decisions, sometimes leaders can be too quick to step in or be too accessible, Cook cautioned. “And I’ve found out over the years that doing that isn’t doing a favour for the people who are asking you to make a decision.”

Cook told attendees that he uses the following motto: “If you can’t make a decision, I can give you a loonie.”

“If a lot of people have discussed it and can’t come to a decision, it means there is probably not a clear decision to be made,” he said. “My approach to that is if it’s that clear that it’s unclear, you might as well flip a coin and then turn it into a decision after you’ve made it.”