Less than a week after a survey commissioned by the Financial Services Commission of Ontario found that only 10% of Ontario drivers reported being “very knowledgeable” about the elements in a standard auto policy, a new poll has found that many Quebecers do not understand how their auto insurance works. 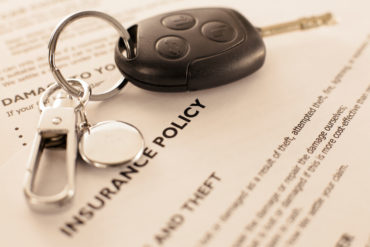 The study, released on Tuesday, from survey firm SOM was conducted on behalf of the Groupement des assureurs automobiles (GAA), whose mission is to “play an active role in developing the automobile insurance industry in Quebec and safeguard consumers’ interests, specifically by guaranteeing access to insurance, simplifying claims settlement and promoting fair and equitable rates through the publication of statistical data,” said a release from the Insurance Bureau of Canada (IBC).

Claims settlement in particular was a “fuzzy concept” for most of the drivers of the more than five million vehicles on the roads in Quebec, the release noted. In particular, 23% of motorists believe that the police must be called after an accident, even if nobody is injured; 42% do not know that their insurer takes into account their responsibility in a collision in order to compensate them; and 44% think that they still have to pay the deductible specified in the contract, even in the event of a collision for which they are not at fault.

Related: Only 10% of Ontario drivers report being “very knowledgeable” about elements of a standard auto insurance policy: FSCO-commissioned survey

More importantly, the release said, 69% of Quebec drivers are unaware that their contract covers them following a collision for which they are not liable, even if they have no coverage for damage to their vehicle – a surprising fact that suggests some policyholders are not benefitting from their insurance when they need it. “We know that insurance is not a favourite topic among consumers, but since motorists are required to be insured, it is in their best interest to know what their policy covers,” said Anne Morin, head of public affairs at the GAA, in the release.

Morin encourages policyholders to inquire about their coverage and to check to make sure their policy meets their needs. “A better understanding of why we pay a premium not only increases our level of satisfaction but also contributes to ensuring we have the right coverage,” she said.

Another finding was that 59% of those surveyed were unaware that, when an accident occurs, the claim is registered on behalf of the “custodian” of the vehicle, in other words, in the name of the person who was driving it at the time of the collision. As well, the myth that a red car costs more to insure persists, with one in five policyholders (21%) believing that the colour of their car affects the amount of their premium, when in reality this is not true.

To help consumers navigate the claims process, the GAA has created a tool that explains the different steps involved in claims settlement.