As if mounting auto insurance losses aren’t enough, the industry now has a new emerging issue to worry about this year – an alarming spike in home and commercial property claims. 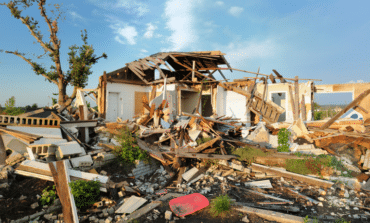 Canadian federally regulated insurers incurred $5.5 billion in home and commercial property claims up to the end of the second quarter this year, according to data published by the Office of the Superintendent of Financial Institutions (OSFI). That’s a 22% increase over the same period last year, when they incurred $4.5 billion in personal property claims costs.

What accounts for the nationwide rise in personal property claims?

“Mostly the cats,” Joel Baker, president and CEO of MSA Research, told Canadian Underwriter recently. “There were a slew of them in the first half of the year.”

Ontario alone has almost $1-billion worth of property thus far, based on winter and spring storms. The biggest storm was a May 4 windstorm that hit Ontario and Quebec, causing insured damage of almost $500 million. That followed just weeks after an ice storm in Ontario and Quebec that caused insurers $190 million in damage.

“Commercial writers had a tough time, followed by multi-line personal lines writers,” Baker observed of the cat losses. Federally regulated insurers paid $1.8 billion in commercial property claims in 2017 Q2, and $2.4 billion during the same time this year – a 32.9% increase.

But while cats are an important factor in the losses, something else may be going on in habitational lines. And that’s the age-old industry nemesis of fire. The CEO of one mutual insurer said the company is still seeing fire losses, which he attributed to “distracted living.” In other words, someone cooks up some food on the stove, and starts a house fire when they leave it there to go watch TV or play on their mobile devices.

Glenn McGillivray, managing director of the Institute for Catastrophic Loss Reduction (ICLR), observed that even with the catastrophe losses due to flooding in New Brunswick earlier this year, that didn’t entirely explain the escalating property losses in the area.

“Not enough people have overland flood cover in New Brunswick to drive those kinds of numbers,” McGillivray says. “If you look at the loss ratios by province, you may be able to match them up with a particular cat or cats. But in some cases, like New Brunswick, there appears not to be a match, so the problems lie elsewhere.”

OSFI data does not break down the causes of the incurred claims in property lines. Anecdotally, McGillivray says he has heard of fire presenting a problem for underwriters this year. “Despite all the talk that structural fire losses are going down in every industrialized country in the world, we clearly still haven’t licked the fire problem,” he says. “It is still a bane to insurers.”

1 Comment » for Claims whack-a-mole: what’s going on in property lines?

1 Pings/Trackbacks for "Claims whack-a-mole: what’s going on in property lines?"