How are your clients finding you? Follow the voice…

Using voice search is a key way for brokers to remove friction from the purchase process, Andrew Lo, president and CEO of Kanetix Ltd., said last week at Insurance Canada.ca’s Technology in Action seminar in Toronto. 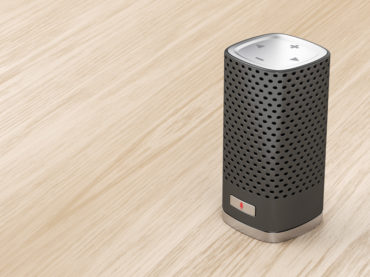 Lo used the example of a Google Home smart speaker that he used for a car insurance quote. Kanetix is working with Google to “train it on our language,” noting that the system only took days to build and requires no installation or configuration.

“It actually texted me the quote and a link to buy it,” Lo reported. “This removes quite a bit of friction,” he said, noting that things like smart speakers are “being integrated everywhere.”

Google says 20% of mobile queries are voice searches, as reported in the media, but that number is forecast to grow almost 130% in the next year. Voice search delivers considerably different outcomes than traditional search engines, raising the stakes for businesses that deal with fluid rates, quotes and financial information.

Lo said that the 20% figure is consistent with Canadian statistics. “With 20% voice searches, I think it is important to be there to serve high intent customers if they are using Google Home to find out about your service in addition to removing friction,” he said.

Yext, Inc., a New York City-based technology company, recently released the results of a survey examining how consumers in the United States were using voice devices like Siri, Alexa or Google Assistant to source insurance information. Or they were asking insurance-related questions to generate search results that might differentiate between various insurance agents and providers.

The Yext-commissioned poll surveyed 1,000 adults in the U.S. who have independently conducted research into insurance companies or agents within the last year. It found:

“We’re increasingly hearing from insurance providers and agents that the majority of consumers are coming to their business via intelligent services rather than their own website, and that they have difficulty finding and correcting out-of-date information across these many touchpoints,” Shane Closser, head of industry for financial services at Yext, said in a press release.