VANCOUVER – Dozens of international climate scientists are calling on the Canadian government to reject a proposed liquefied natural gas project in northwestern British Columbia, saying it would have dire environmental effects. 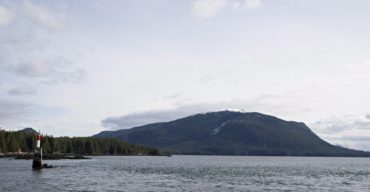 Ninety academics from Canada, the United States, Australia and the United Kingdom released an open letter Monday saying the Pacific NorthWest LNG project would be one of the country’s largest greenhouse gas emitters, and if built, would undermine Canada’s climate change commitments.

They argue a draft environmental assessment for the project likely underestimated the amount of emissions that will be released.

Danny Harvey, a climate change scientist at the University of Toronto who signed the letter, says the report doesn’t address unknowns like the quantity of gasses that will escape into the atmosphere during the extraction process.

“The environmental assessment is superficial and incomplete,” he said in an interview with The Canadian Press.

Harvey said his opposition isn’t simply to this project, but to all LNG projects. He wants a moratorium on fracking until more research is done on the long-term effects.

“It’s reckless to proceed until we really know what’s going on. It’s reckless because we’re playing around with our own future,” he said.

Harvey said global emissions will have to drop to almost zero by the middle of the century if there’s any hope of limiting warming to two degrees, which countries agreed to at the Paris Climate Conference in December.

“You’re not going to go to zero if you’re expanding the fossil fuel infrastructure and making investments that are going to last 40, 50, 60 years. It’s completely contrary to that,” he said.

If we cut our fossil fuel usage, the supplies we currently have in place will meet our needs and there’ll be no need for new infrastructure, Harvey added.

The scientists’ open letter also disputes the notion that new LNG projects such as Pacific NorthWest will be better for the environment because supplying natural gas to Asian markets will help curb the use of coal. Instead LNG would likely reduce the amount of renewable energy being produced, the letter said.

Many of the coal plants in China have been built fairly recently and won’t stop operating any time soon, said Mark Jaccard, an energy economist at Simon Fraser University in Burnaby, B.C.

“Natural gas is not going to shut down those coal plants, and we don’t want the Chinese to be using more natural gas, or any fossil fuels. So it makes no sense,” said Jaccard, who opted not to sign the open letter because he did not want to take on an advocacy role.

The B.C. government believes the Pacific NorthWest LNG project could generate more than 18,000 jobs and produce billions in revenue.

“Wrecking the planet is not essential to our economy,” he said.

Environment Minister Catherine McKenna has said a cabinet decision on an environmental assessment for the Pacific NorthWest plant should be made by late June.