The Co-operators reports net loss of $7.4 million in third quarter 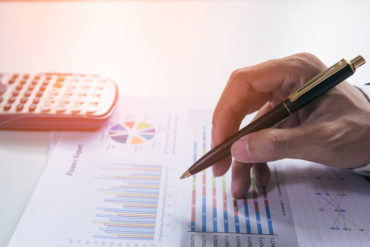 Guelph, Ont.-based The Co-operators released its financial results late Thursday. The company reported a combined ratio excluding market yield adjustment of 108.9% in the third quarter of this year, down slightly from 109.2%. Year-to-date (first nine months of the year) the combined ratio was 104.2%, down from 106.3% in 9M 2016.

“Compared to the same quarter of 2016, our underwriting loss has deteriorated slightly, driven primarily by an increase to claims provisions in the Ontario auto line of business,” said Rob Wesseling, president and CEO of The Co-operators, in a statement. The underwriting loss was $58.5 million compared to $56.5 million in Q3 2016.

“We also experienced a decline in our investment returns relative to the same period last year,” Wesseling noted. “Our balance sheet remains strong and we continue to achieve a strong rate of growth. In the third quarter, net earned premium (NEP) increased across all core product lines and throughout all geographic regions.”

NEP increased during Q3 by 6.8%, or $41.5 million compared to the same period last year. Direct written premiums (DWP) also increased, by 8% or $55.2 million, to $746.2 million from $691 million. For the first nine months of the year, DWP were up to $2.06 billion from $1.93 billion in 9M 2016. DWP improvements were attributable to growth in policy and vehicle counts in all lines of business, combined with rate adjustments, The Co-operators said in the statement.

The insurer said that claims costs increased compared to the same period of the prior year as a result of an increase to claims provisions to account for increased frequency and severity of claims in the Ontario auto line of business. Partially offsetting this was a decrease in the frequency of current accident year claims in the home line of business in the West and less unfavourable claims development.

In the third quarter, The Co-operators also experienced an improve in loss ratio in the home and other lines of business, partially offset by a deterioration in auto, commercial and farm lines of business. “Updated actuarial estimates related to the frequency and severity of claims in Ontario caused the auto line of business loss ratio to deteriorate by 3.0 percentage points, and was partially offset by favourable claims development,” The Co-operators said in its Management’s Discussion and Analysis (MD&A).

The auto loss ratio was 82.2%, compared to 79.2% in Q3 2016, the MD&A noted, while the home loss ratio improved 16.9 points to 67% from 83.9% in the third quarter of last year. The Co-operators attributed this improvement to a decrease in the frequency of current accident year claims in the West combined with favourable claims development. The commercial line of business experienced a deterioration in the loss ratio by 7.5 points (to 68.7% from 61.2% in Q3 2016) resulting from an increase in severity of current accident year claims, partially offset by a decrease in frequency of current year accident claims.

“An increase in the frequency of current accident year claims, primarily the result of multiple storms in the Western region, led to a 41.0 percentage point deterioration in the loss ratio of the farm line of business,” the MD&A noted (from 78.5% to 119.5% in the most recent year quarter). Lastly, the other line of business loss ratio improved by 30.5 percentage points, driven by a decrease in severity and less unfavourable claims development within Sovereign’s specialty lines of business (Q3 2017: 45.6% versus 76.1% in the third quarter of last year).