A recent Ontario court ruling against a coffee shop serves as a warning to defendants that individual employees can be named personally in personal injury lawsuits against corporations.

“There is no general rule in Canada that an employee acting in the course of her employment cannot be sued personally for breaching a duty of care owed to a customer,” the Court of Appeal for Ontario wrote in Sataur v. Starbucks Coffee Canada Inc.

The ruling in Sataur arose when a customer alleged her hands were scalded by hot water in a coffee shop. The allegations have yet to be proven in court. 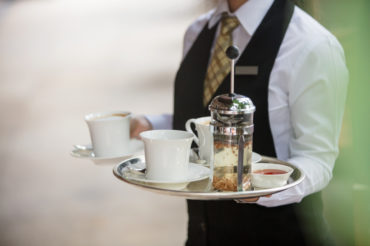 But the Court of Appeal for Ontario did find “that the concept of vicarious liability” does not stop a customer from naming, in addition to the corporation, both the coffee house manager and server personally, lawyer Andrew Monkhouse wrote last week.

The Appeal Court ruling, released Dec. 22, was on a motion from Starbucks to remove the barista and store manager as individual defendants.

Initially, in a May 2017 ruling, the Ontario Superior Court of Justice found in favour of Starbucks, quashing the lawsuit against the individual defendants, on the grounds that “the general rule remains that employees are not liable for what they do within the scope of their authority and on behalf of their corporation.”

The Dec. 22 appellate court court decision overturned the Superior Court decision, citing the Supreme Court of Canada ruling in London Drugs Ltd. v. Kuehne & Nagel International Ltd., released in 1992. That case arose when a transformer purchased by London Drugs was accidentally damaged in 1981 by employees of Kuehne & Nagel who tried to load the transformer on to a truck.

“There is no general rule in Canada to the effect that an employee acting in the course of his or her employment, and performing the ‘very essence’ of his or her employer’s contractual obligations with a customer, does not owe a duty of care, whether one labels it ‘independent’ or otherwise, to the employer’s customer,” Justice Frank Iacobucci of the Supreme Canada wrote in London Drugs. “The question of whether a duty of care arises will depend on the circumstances of each particular case, not on pre‑determined categories and blanket rules as to who is, and who is not, under a duty to exercise reasonable care.  There may well be cases where, having regard to the particular circumstances involved, an employee will not owe a duty of care to his or her employer’s customer.”

In Sataur v. Starbucks Coffee Canada Inc., the appellate court rejected Starbucks’ argument that naming an employee as a defendant was an abuse of process. “It is not an abuse of process to bring a lawsuit against individual defendants for the purpose of obtaining discovery from them, if the plaintiff has pleaded a proper cause of action against those individual defendants, as we have found that the plaintiff has in this case,” the Court of Appeal for Ontario wrote.

For a court to find an employee personally liable, the plaintiff must “prove a tort and damages, which in employment law most often will be a tort of negligence, or ‘mistakes’ made on the job,” Andrew Monkhouse, the owner of Monkhouse Law, wrote in a blog post published Jan. 19 to CanLII Connects.

“This will involve proving the employee owed the victim a duty of care, the injury caused to the victim was done by the specific employee, and that the wrongdoing did not arise out of the employee’s position within the employer, but rather it must be personal and direct, with some foreseeability of the harm.”