Auto collisions claims among Allstate Insurance Company of Canada customers in four provinces rose 1.7% over the previous study period, reflecting increases in some jurisdictions and decreases in others.

Results of the eighth annual Allstate Canada Safe Driving Study show the uptick in claims is in line with the national collision frequency rate increasing from 5.6% to 5.7%, notes a statement Wednesday from Allstate Canada. 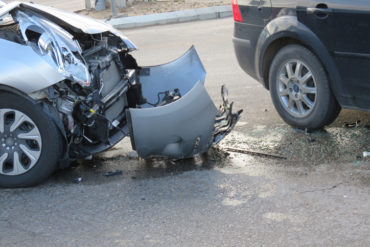 The study – which considers company claims data in Alberta, New Brunswick, Nova Scotia and Ontario based on the frequency of collisions – spans a 24-month period from July 1, 2014 through June 30, 2016. Collision frequency refers to a percentage of insured vehicles involved in a collision resulting in a claim and payout.

Last year’s findings “identified a trend towards rising collisions, and the latest study demonstrates that this has not changed,” Dave MacInnis, vice president of product operations for Allstate Canada, says in the statement.

“Each year, we investigate our claims data to identify important developments in driving. We feel it’s essential to share our findings with Canadians, to encourage conversation about what it means to be a safe driver,” MacInnis continues.

Increases were particularly significant in two provinces. Specifically, the collision frequency rate among customers in Nova Scotia ballooned from about 5.4% to approximately 6.4%, representing an increase of 17.8% since the previous period, while those in Ontario saw the rate increase from approximately 5.6% to about 5.8%.

The experience in New Brunswick was a bright spot, Allstate Canada reports, with customers there having the lowest collision frequency rate at about 5.1%.

Company data indicates the three most common types of collisions are as follows:

Beyond type of collision, certain days of the week seem to be more problematic for drivers and pedestrians.

“Our latest findings reinforce that Friday continues to be a treacherous day on the road, spanning minor and major collisions – many of which could be avoided,” MacInnis says, pointing out that some suspected contributing factors include increased traffic, inclement weather and distracted driving.

Fridays saw 17% of collision claims across the country over the past decade, Allstate Canada reports. That particular day had the highest frequency of collisions spanning almost all categories, including the following:

However, Wednesdays have proved a concern for pedestrians and cyclists. Overall, 17% of accidents involving pedestrians or cyclists were most likely to occur on Wednesdays, followed by Fridays (16%).

“As more cities across Canada are working towards becoming more walkable and bike-friendly, this serves as a reminder to remain alert and take steps to be safer behind the wheel throughout the work week,” MacInnis points out.

Using collision data of customers in the four provinces, cities across the country have been ranked for collision frequency.

Of the 86 communities in the four provinces for the 2016 study, Spruce Grove, Alberta ranked as the safest, having a collision frequency rate of 3.6%, while Halifax had the highest regularity of collisions at about 7.8%.

Looking at results by province, the study offers the following findings: 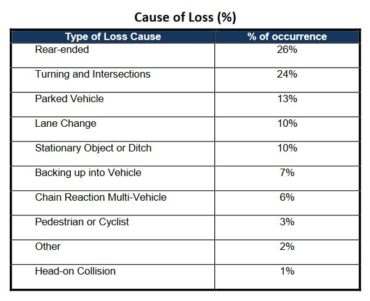 In a separate study of customers in Quebec, Allstate Canada found collisions continue to decrease across communities in the province.

While the fourth annual Quebec Safe Driving Study reveals an overall decrease in collision rates for second year in a row, drivers should beware of winter weather conditions and common types of collision, notes a company statement.

The communities the insurer serves saw an overall decrease in collisions of 4.7% (from about 8.5% to approximately 8.1%) since the previous period.

This is an encouraging trend, the statement notes, adding the findings suggest “Quebec drivers may be becoming safer drivers – even during periods of difficult weather conditions and heavy traffic.”

Varying factors – such as winter tire legislation, increased awareness of the impact of distracted driving or increased police activity – may be contributing to the lower rate of claims, Allstate Canada reports.

Study data shows that the three most common types of collisions are those that involve parked vehicles (22%), crashes that occur while turning or passing through intersections (19%) and vehicles being rear-ended (19%).

The data indicates the worst collision days are highly driven by weather.

December 22 had been identified as the day with the highest collision frequency in the province based on data from 2005 to 2015. But with Quebec seeing its first “green” holiday season in December 2015 in almost a decade, December 22 was the date with the fewest collision claims last year.

“Regardless of whether Quebec has a green holiday season or not, drivers still need to be prepared for the first snow storm. Here are a few tips to help stay safe on the roads this winter,” the statement adds.