Combined ratio up 2 points for SCOR 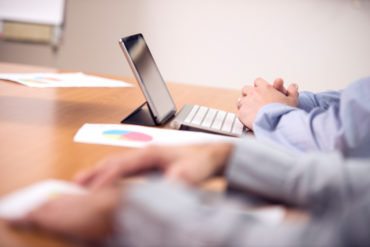 For 2016, the combined ratio includes a nat cat net ratio at 5.5% “due to a series of mid-size events (mainly Fort McMurray in Canada, Hurricane Matthew in the USA and the Kumamoto earthquake in Japan).

Canada’s most expensive natural catastrophe – when measured by insured losses – was the wildfire that started in May, 2016. It resulted in the evacuation of about 88,000 people – including the entire city of Fort McMurray, Verisk Analytics Inc.’s Property Claim Services unit noted earlier.

PCS estimated in the summer of 2016 that insured losses were up to $4.67 billion, while Catastrophe Indices and Quantification Inc. – a sister company to MSA Research Inc. – released an estimate in July of $3.58 billion.

European reinsurers covered nearly half of the Alberta wildfire loss, analysts from A.M. Best Company Inc. suggested at the company’s Insurance Market Briefing Canada, held in Toronto this past November.

The Associated Press reported earlier that at least nine people were killed April 14, 2016 when an earthquake measuring 6.5 on the Richter scale hit southern Japan. The affected area was about 1,300 km southwest of Tokyo. In Mashiki, about 15 km from Kumamoto, entire buildings fell to the ground, roofs slid off, and windows and walls crumbled, scattering glass and debris, AP reported at the time. The tremor struck on the Japanese island of Kyushu.

The epicenter was 120 kilometres northeast of Kyushu Electric Power Co.’s Sendai nuclear plant, the only one operating in the country.

Hurricane Matthew affected the southeastern United States as well as Haiti, Cuba, Jamaica, the Dominican Republic and the Bahamas. The storm in October, 2016, killed more than 600 people, including 28 in North Carolina. Affected areas included Charleston, S.C., whose downtown area was flooded.

Aon’s Impact Forecasting unit, in a report released in November, forecast economic losses of as much as US$10 billion in the U.S. alone from Hurricane Matthew.