Axis Capital Holdings Ltd. reported Wednesday a 4.6-point improvement in its Q2 combined ratio, from 102.2% in the second quarter of 2016 to 97.6% in the latest quarter. 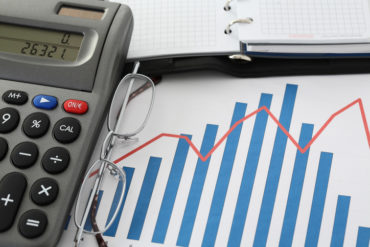 That increase was attributable to its liability lines, “driven by new business,” as well as its aviation lines “associated with” the acquisition announced in November, 2016 of Brussels-based Aviabel NV/SA.

During the latest quarter, Axis Capital reported gross written premiums of $1.36 billion, of which 58.4% was in insurance and of which 41.6% was in reinsurance.

In January, 2015, Axis announced its board of directors voted unanimously in favour of merging with PartnerRe Ltd., which is also based in Bermuda and writes reinsurance and commercial primary insurance. Initially PartnerRe’s board was recommending shareholders vote for a merger but in the end, PartnerRe got bought by EXOR NV, an Italian investment firm which effectively controls Fiat-Chrysler Automobile.

“Although the Axis Capital deal originally was accepted by PartnerRe management, Exor SpA made several increasingly lucrative hostile offers eclipsing the monetary value of the Axis Capital offer,” A.M. Best Company Inc. said in a report – Return of the Mega Deal During First Half of 2015 – released in 2015. “The final offer from Exor was ultimately accepted after a proxy advisory company recommended shareholders vote in favor of the Exor offer.”

In January, 2015, Axis Capital said if it were to merge with PartnerRe, the combined firm would have formed a global top 5 reinsurer.

More News
Related
Combined ratio down 4.6 points for Everest Re
Absence of large losses contributes to 20.6-point drop in Q2 combined ratio for PartnerRe
Commercial premiums down 15% for AIG
AXIS Capital reports net income of US$131 million for Q4 2016