Combined ratio up 8 points for PartnerRe 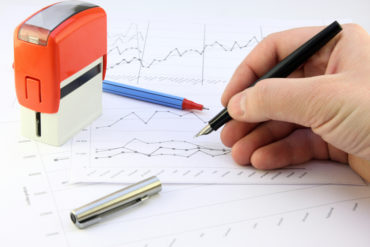 For the three months ending Dec. 31, the combined ratio increased 3.1 points, from 86.5% in 2015 to 89.6% last year. That deterioration was “primarily due to losses from Hurricane Matthew in Q4 2016 of $45 million (4.6 points) and lower favorable prior years’ reserve development,” PartnerRe said in a release Tuesday. “The increases were partially offset by lower mid-sized loss activity.”

In October, 2016, Hurricane Matthew affected the southeastern United States as well as Haiti, Cuba, Jamaica, the Dominican Republic and the Bahamas. More than 600 people were reported dead, including 28 in North Carolina.

Shortly after the tragedy, Aon plc’s Impact Forecasting unit forecast economic losses of as much as US$10 billion in the U.S. alone from Hurricane Matthew.

PartnerRe said Tuesday its combined ratio in non-life “continued to benefit from strong net favorable development from prior accident years of $172 million (17.6 points) in the P&C and Specialty segments as actual reported losses were below expectations.”

When PartnerRe released its Q2 results in July, the carrier reported that the wildfires in Alberta in May contributed 7.5 points, or $73 million net of reinsurance and reinstatement premiums, to its results for the three months ending June 30, 2016.

Also in Q2, an energy loss contributed 4.3 points or $42 million net of reinsurance and reinstatement premiums to those results.

PartnerRe was traded on the New York Stock Exchange until it was bought by  EXOR NV on March 18, 2016.

The transaction was valued at nearly $7 billion Turin, Italy-based EXOR essentially owns enough shares (44% of voting rights) of Fiat Chrysler Automobile to control the firm. EXOR, which is controlled by the Agnelli family, also owns a significant minority of CNH Industrial N.V., which manufactures power trains as well as the Case and New Holland brands of farm and construction equipment.

Originally, PartnerRe’s board had recommended its shareholders approve a merger agreement – made public Jan. 25, 2015 – with Axis Capital Holdings Ltd.

EXOR made public its offer to buy PartnerRe on April of 2015. Later that year EXOR “made several increasingly lucrative hostile offers eclipsing the monetary value of the Axis Capital offer,” wrote A.M. Best Company Inc. noted in a report – titled Return of the Mega Deal During First Half of 2015 – released in September, 2015. “The final offer from Exor was ultimately accepted after a proxy advisory company recommended shareholders vote in favor of the Exor offer.”

Had PartnerRe merged with Axis, they would have formed a global top 5 reinsurer, Axis reported in January, 2015.