American International Group, Inc. (AIG) has reported a 3.3% deterioration in its combined ratio for the second quarter of 2016, from 98.8% in Q2 2015 to 102.1% in the most recent quarter, reflecting underwriting loss driven by higher catastrophe losses, among other factors. 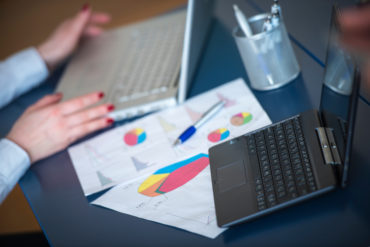 AIG reported its financial results on Tuesday. Property casualty pre-tax operating income declined to US$791 million from US$1.192 billion in Q2 2015, “primarily reflecting the strong level of alternative investment income in the second quarter of 2015, as well as an underwriting loss in the current quarter driven by the effect of net loss reserve discount and higher catastrophe losses.” The higher loss ratio was partially offset by a lower expense ratio, AIG added in a statement.

Net written premiums decreased 21% in the second quarter ending June 30, from US$5.583 billion in Q2 2015 to US$4.424 billion in the most recent quarter. AIG reported that the decrease was “primarily due to the continued execution of our strategy to enhance risk selection in our Casualty and Property product portfolios, the non-renewal of certain underperforming classes of business, the increased use of reinsurance, and adherence to our underwriting discipline in competitive market conditions.” Net premiums earned also decreased from US$5.102 billion in the second quarter of 2015 to US$4,649 in Q2 2016.

By segment, Personal Insurance pre-tax operating income grew to US$179 million from US$70 million, reflecting improved underwriting results, AIG reported. The combined ratio also dropped 4 points, from 99.7% in Q2 2015 to 95.7% in the most recent quarter. “The lower combined ratio was driven by an improvement in the expense ratio, partially offset by an increase in the loss ratio,” AIG said, noting that the loss ratio was up 3 points to 55.7% in the most recent quarter. “The increase in the loss ratio reflected higher catastrophe losses, partially offset by increased net favourable prior year loss reserve development. The increase in the accident year loss ratio, as adjusted, was primarily driven by a single large loss event impacting the personal property business in the U.S.”