Underwriters will want to consider the principles expressed in this case. Among them, if limits to coverage are intended, then clear limits should be expressed with respect to each grant of coverage.

As in statutory interpretation, there is a principle referred to as “failure to follow a pattern of express reference.” Once a pattern is established, such as the express reference to limits for other grants of coverage, it is assumed that variations are intended. Such applies to exclusions as well as grants of coverage. As stated, these underwriting issues are particularly important in manuscript policies. 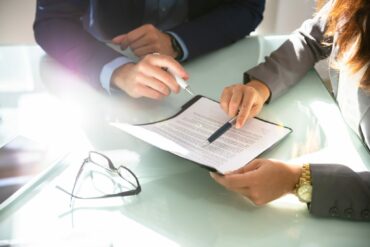 The litigation involved the interpretation of a construction project insurance policy written by a sophisticated underwriter with long experience in such policies. It was held that one of the coverages, the “mitigation of loss” coverage, did not contain any limit on that coverage. This was so, even though the policy contained a standard aggregate limit of $10 million for any one “claim,” including costs and expenses.

Essentially, the underwriter argued it was not the insurer’s intent to provide unlimited coverage. But in this matter, the specific policy wordings trumped the likely insuring intent. As is usual in such disputes, the devil is in the details, and the court decisions examined these details over the course of a combined 279 paragraphs.

The insured was a design-build contractor focused on the design, manufacture and erection of precast concrete projects. The litigation involved a parkade that was part of a broader construction project involving an acute care facility for the Vancouver Health Authority. During the project, defects were discovered in the precast elements of the parkade and the contractor was required to perform remediation work to mitigate the project delay. In so doing, they incurred over $9.9 million in remediation expenses, together with financing costs.

The insurance policy in question had been obtained by one of the prime contractors and it covered all parties providing professional services. The underwriter denied that the contractor was an insured and they had to obtain a judgment that ruled that they were in fact an insured.

The insurer argued that the “Limit Requirement Preamble” — insurance is provided only for those coverages for which a specific limit of insurance is shown — must be read to limit coverage. Taken to its logical conclusion, this argument would mean there was no coverage at all for mitigation of loss. This argument could not be maintained.

The insurer then argued that the Declarations Limit Language — expressing a limit of $10 million for any one claim and the aggregate including costs and expenses — must be read as creating a limit for all coverages. However, the mitigation of loss coverage did not require any claim be made at all. The limit of liability applied only to those coverages that were in fact “claims-made.”

The insurer also argued that limitless policies led to commercially unrealistic results that could not have been within the reasonable expectations of the parties and was certainly not the intent of the insurer.

The trial judge suspected that the failure to include limits language to the Mitigation of Loss Coverage may well have been the result of oversight by the insurer. However, this was manuscript wording that was individually negotiated by the parties.

As stated, the policy wording trumped the intent of the insurer and such is indeed the law. The insurer may well have been mistaken as well in adding all design professionals as insureds under the policy, but such resulted from the policy language chosen by the insurer.

With respect to commercial reality, there were certain natural limits. The underwriter carefully considered the scope and cost of the project. Thus, the underwriter would have known of the potential worst-case scenario of a complete rebuild. They were aware of the costs of the project as a whole and the parkades. Further, the trial judge referred to several cases in which insurers issued policies in which there were no limits on certain aspects of coverage, a common example of which is on defence costs.

In a unanimous judgment, the British Columbia Court of Appeal agreed with the trial judge on all issues of importance. Coverage was unlimited in the absence of an express limit applicable to such coverage.

Furthermore, the Court of Appeal upheld the trial decision on special costs against the insurer for reprehensible conduct in the conduct of the litigation, including being generally obstreperous and failing to comply with certain court orders.

Harmon C. Hayden of Harmon Hayden Law currently serves as Vice Chair of International of the Insurance and Reinsurance and Professional Liability committees of the International Association of Defense Counsel (IADC). He has published and lectured extensively, and has served as an Adjunct Professor of Insurance Law, Faculty of Law, at Thompson Rivers University.  He can be reached at harmon.hayden@haydenlaw.ca.