Toronto Insurance Conference (TIC), an association of Canadian commercial insurance brokers, is poised to launch a proof of concept leading towards real-time data integration — the “the holy grail” of commercial lines insurance. 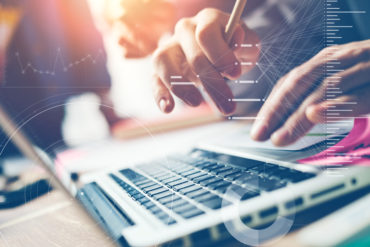 It’s a big step towards real-time data integration in commercial lines, which is somewhat behind personal lines in coming up with a way to reduce the paper-shuffling between clients, commercial brokers and insurers.

“Personal lines is much further ahead is some areas such as Electronic Data Interchange (EDI), Compuquote and other things that have been developed over the years to streamline the volume of transactions,” says TIC President Michael Loeters. “However, the true ‘holy grail’ of real-time integration does not exist in either camp.

“For commercial insurance, we are really at ground zero from every perspective other than commercial programs in which brokers send insurers a bordereaux [a report providing premium or loss data] each month.”

Real-time integration enables the seamless flow of data directly from an insured to the broker to the insurance company and back again without the need for data re-entry. “This would eliminate much of the scanning, emailing, data entry and other manual tasks that our industry hires an army of people to do today,” the TIC says in a White Paper posted on its website.

The proof of concept evolved out of the TIC’s White Paper, which states “the cost of doing commercial insurance through the distribution channel in Canada is too high.” The lack of technology integration between insurers and brokers has resulted in the insurers’ average expense ratio being estimated 32% (i.e. for every $1 coming into the company, 32 cents is paid out in costs).

The TIC White paper outlines in a chart format how many touchpoints and manual processes it takes to process a single new commercial insurance policy – 24 in all. And that’s just to get from the lead generation point to the point when the brokerage submits the policy submission to the insurance company. The insurance company goes through another 24 steps to send final loss control recommendations back to the insured.

Of the 48 different touchpoints in the whole process, 28 could be automated through real-time integration, TIC points out in its White Paper. These include processes such as:

“I feel that once one insurer can communicate in real-time with one of the major broker management system platforms, the flood gates will open,” says Loeters. “The cost saving and efficiencies will be so dramatic, everyone will have no choice but to follow because they will be left out in the cold if they do not.”