Canadian consumers still “value the trusted advisor model” when buying insurance but there will soon be a “flipping” of brokers’ compensation model on commercial lines, whereby brokers will tend to earn more of their money on the consultative services, senior industry executives suggested Wednesday. 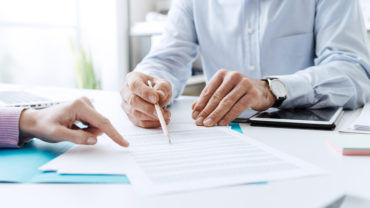 Parsons made his remarks during the CEO Plenary Panel on the final day of the RIMS Canada Conference, held Sept. 24 through 27 at the Metro Toronto Convention Centre.

“Right now, we will talk to clients and prospects and do lots of consultative work, in a way, to get the transaction because that right now is where a broker is making money for the most part,” Parsons said. “What I see changing as the millennials – and let’s not forget the Z generation that is just graduating from university now – they will say, ‘You know what? We will pay you for the consultative services but the transaction is not worth a lot.’”

Parsons was answering a question about how millennials are affecting the insurance industry.

The roles of brokers and underwriters “will largely change because of the devaluation of the transaction,” Parsons said. “That compensation model for brokers – I see flipping as time evolves, to making money on the consultative services, and the analytics and the transaction is just going to be thrown in.”

Also on the CEO Plenary Panel was Heather Masterson, president and CEO of Travelers Canada.

“One of the common themes that has come through – today and in the recent past – Canadian consumers really value the trusted advisor model,” Masterson said. “That’s not to say that millennials won’t disrupt that but we do have some time – not a ton of time but we have some time.”

About 75% of Canadian insurers’ business is “highly transactional” and “can be easily automated,” Masterson added.

“It’s not uncommon for us to hop on the web on a daily basis, perhaps buy something online, download music – these are common practices and those common practices are already in financial services,” Masterson told RIMS Canada conference attendees.

“I remember as a kid, literally my parents’ insurance broker would be at our kitchen table doing his thing and talking to my parents in our house,” said Parsons. “It’s hard to imagine my 20-year-old daughter or my 18-year-old son contemplating that today.”

At the CEO Panel Plenary, the role of government in natural catastrophe insurance was on the mind of Philipp Wassenberg, president and chief executive officer of Munich Re Canada.

“The public-private partnership part of large insurance schemes has risen out of the ashes and there are now public-private schemes for flood and for natural catastrophes in the Caribbean, in the U.S., in the U.K., in France, in many countries,” Wassenberg told RIMS Canada conference attendees Sept. 27. “The insurance industry plays a vital role in this partnership as a peer-to-peer partner to governments.”

In the United States, the Federal Emergency Management Agency oversees the National Flood Insurance Program, which covers the building and some contents of eligible properties. The NFIP will expire Sept. 30, 2017 unless legislation extending it is passed into law. In order to qualify for flood insurance under NFIP, the property must be in a community that has joined the NFIP and agrees to enforce sound floodplain management standards.

In the United Kingdom, the government launched in 2016 Flood Re, a special purpose vehicle and not-for-profit monoline reinsurer. A tax on all British home insurers subsidizes Flood Re.