After early hopes that brokers and insurers might be able to sell more commercial premium early next year as small businesses activity normalizes, a new report finds that it may be upwards of a year-and-a-half on average for a return to typical sales.

At the current pace, ranges for a return to normal vary wildly, from as little as nine months to more than eight years, depending on the sector, according to the Canadian Federation of Independent Business (CFIB).

Meanwhile, another report found that most business leaders believe safety measures enacted in businesses could last upwards of three years.

The CFIB examined the pace of revenue recovery between June and September. Back in June, only 17% of its members had normal sales. That number is up to 30% in the latest survey. If that pace were extrapolated out, the CFIB said it would take years for most businesses to see normal revenues return.

CFIB looked at the pace of revenue recovery between June, when many businesses were open again but only 17% had normal sales, and the latest September survey results, which showed only modest improvement with 30% of all businesses making normal sales. Assuming revenues keep returning to normal at that “current glacial pace,” it will be years before most businesses report normal revenues again. 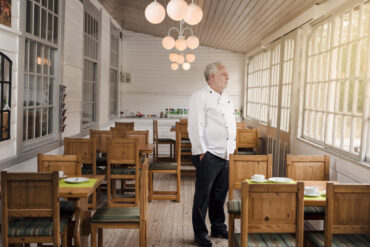 At one end of the spectrum are the transportation and social services, such as dentists and chiropractors, sectors that say it’ll be nine months until they return to normal. On the other end, the hospitality industry, like restaurants and hotels, says it will be eight years and three months (a more detailed list is at the bottom of the article). The average for all sectors is one year and five months.

“This underscores the need to kick the recovery into a higher gear. The current situation just isn’t sustainable for too many businesses,” said Laura Jones, executive vice-president at CFIB, adding that she would like to see a greater emphasis on supporting local and small businesses.

The Chartered Professional Accountants of Canada’s Q3 Business Monitor asked business leaders how long precautions put in place by organizations to protect customers and employees would last. More than half (55%) estimated 18 months to three years. Almost a third (31%) said less than 18 months while only 9% said more than three years.

The report also found that the majority (58%) of leaders reported decreased revenues within their organization since the pandemic started. Still, 20% reported no changes and 21% said their revenues have increased.

The economy is top of mind as just 17% of respondents are optimistic while nearly half (46%) expressed pessimism. The remaining are taking a wait-and-see-approach, CPA Canada reported.

According to CFIB’s regular update of its Small Business Recovery Dashboard: