How commercial insurers are addressing this D&O coverage gap

If your corporate client goes under and occupies polluted land, what happens if individual directors are left on the hook to clean up environmental contamination?

This is the subject of “long, complex discussions” that Aon Canada brokers are having with some of their clients.

Provincial environment ministries have the power to order companies and individuals to clean up contaminated land – even if the contamination is not their fault. Those clean-up costs are not covered under a typical commercial general liability or directors’ and officers’ insurance policy. Specialty markets do provide policies covering pollution liability – in some cases. 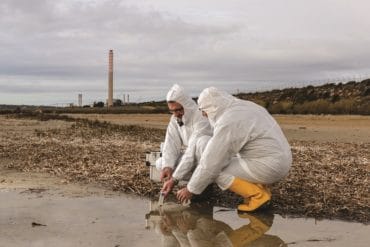 “If you are able to demonstrate, through due diligence, that the site is reasonably clean and there is no reason why it should be contaminated, then you can get broad environmental insurance,” which covers the corporation and also includes past and present directors and officers as insureds, said Justin Perry, Aon Canada’ s senior vice president and national practice leader – environmental services.

But insurers tend not to write fire insurance for a burning building, so if an insurer won’t write pollution liability insurance for contaminated land, this can leave directors and officers with a coverage gap.

In Canada, commercial insurance carriers recently started offering “specialized extensions” covering environmental contamination situations which are “known and managed,” Perry reports. Those specialized extensions “have a dedicated limit for the exclusive benefit of directors in the event that the corporation cannot indemnify, and it’s exclusively for a government order requiring cleanup of the known condition that you are managing, in the event of insolvency.”

This means the directors and officers are covered if they must pay for clean-up out of their own pockets and the company has no money to reimburse the directors.

The need for such coverage came to light in 2012, when the Ontario Ministry of the Environment issued a clean-up order against 13 former directors of Northstar Aerospace Canada. A Northstar property in Cambridge was contaminated by trichloroethylene and other chemicals. The environment ministry could not go after Northstar as a company, because Northstar had protection from creditors under the federal Companies Creditors Arrangement Act. But the environment ministry was able to go after individual directors and officers.

In the case of Northstar, “the corporation was not in a position to indemnify” the directors, Perry told Canadian Underwriter earlier this week.

The Northstar directors did not have insurance to cover the clean-up order that applied to the Cambridge site.

Clients who are interested in a specialized extension (to avoid the same predicament as Northstar directors) tend to be small to mid-sized firms with control over a property which is a “known brownfield,” Perry said.

Large companies (for example, with revenues on the order of $500 million or $1 billion a year) tend not to be interested in these specialized extensions because the coverage limits tend to be about $5 to $10 million. So they are not interested in paying extra for a policy covering a loss that is relatively small given the size of the company.

For smaller companies, especially those who are redeveloping brownfield or contaminated lands, Aon Canada is “having a lot of discussions around” coverage extensions exclusively for the directors and officers, which provides coverage for the known conditions excluded under the base environmental policy, Perry reported.

“It often takes two to three hours with the entire board or the entire management team to get to where they understand it,” Perry said. “You are talking about the failure (of the corporation) and what does that look like.”