CALGARY — Current trends around ownership of brokers by insurers is “basically leaving the mid- to large end of the commercial market to fight over,” Ulrich Kadow, chief agent, Canada for Allianz Global Corporate & Specialty Americas (AGCS), said in advance of RIMS Canada in Calgary. 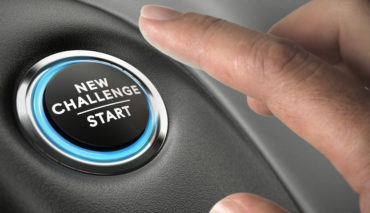 This year’s RIMS Canada Conference, the theme of which is resilience, is being held in Calgary Sept. 11-14.

“Ease of entry and operation in Canada has enabled lots of capacity to move into the market,” Kadow told Canadian Underwriter, commenting on what he sees as challenges and opportunities facing commercial insurers operating in Canada.

“Ownership of brokers by insurers has significantly impacted the personal lines market and is starting to have the same effect on the small end of commercial lines, basically leaving the mid- to large end of the commercial market to fight over,” he points out.

That challenge, however, is one of a number currently unfolding or already established in the market. Others include the amount of capacity in the market and structural shifts on the demand side, as well as the the evolving risk of climate change, “seen with the recent flooding and wildfire events in Western Canada and elsewhere,” Kadow says.

But look past the the challenges, he notes, and opportunities exist for commercial insurers in Canada “where they are facing new potential exposures or are growing as a result of market changes.”

Kadow reports that some such opportunities revolve around globalization effects, which increase the demand for international insurance solutions; mergers and acquisitions activity, which requires representation and warranty coverage; increased exports as a result of the low Canadian dollar, which may lead to growth in some industries; and the cyber insurance market.

An example of a risk that may offer both challenge and opportunity is cyber crime. The prevalence of cyber crime today has given to a view among companies and organizations that “it’s not a matter of if, but when,” Kadow points out.

Despite enhanced awareness, though, he sees social engineering schemes like spearphishing as being “rampant” today.

“As much as companies continue to invest in IT security, these sorts of schemes, which rely on human error, can be much more difficult to control. Continuing to educate and communicate on these things are key to changing this mindset.”

Of course, cyber threats can go beyond the individual, sometimes casting a wider and bigger net fuelled by political or economical motivations, hactivism and large-scale mischief. Consider, for example, the potential ramifications of a cyber attack that takes out a utility or manufacturing facility in Canada. 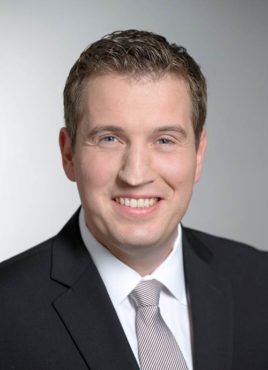 “The results of a hack that takes out a utility can be enormously widespread given the level of interconnectedness within that sector, even if the outage or shortage only lasts for a short time,” Kadow (pictured left) emphasizes.

The potential damages “are widely varied given the variety of people and businesses who are reliant upon it,” he says, adding that associated costs are almost immeasurable.

“This is the one type of loss which has high potential to trigger multiple insuring agreements under a cyber policy — privacy liability, network security liability, regulatory fines, restoration costs, business interruption, crisis communication, forensic costs, among others.”

Kadow does not see Canada, for the most part, being “quite as large a target as certain other countries, but the risk is certainly still there.”

For manufacturers, though, business interruption (BI) is a key cyber risk, both because of the time their own systems are actually down and the effect on the companies’ supply chains.

BI losses “could be huge if a line is taken down,” Kadow suggests. That said, “because this is a measurable risk, insurers can quantify it and limit their exposure as needed,” he reports.

That may not be the case with regard a cyber attack’s influence on supply chains.

CBI “is quite a bit more complicated for insurers, as we are unable to underwrite the cyber exposure faced by each of the manufacturing client’s suppliers. Potential CBI costs are, therefore, very difficult to quantify,” he says.

“The rapid evolution of cyber crime makes it virtually impossible for companies to keep up in terms of cyber security,” he contends. That being the case, there is both a need for cyber insurance coverage and also advice for clients on addressing, managing and mitigating those risks, he adds.

There is also the potential for a cyber attack to result in damage to physical assets, Kadow points out.

Whether or not a gap exists around intangible assets — where a property policy ends and a cyber policy begins — “is a matter of debate in the market,” he says.

“And given that, there is certainly a need for better understanding and clarification around this, even if no such gap actually exists.”