Water is the primary reason for rising commercial property claims costs and experts are putting the blame squarely on one major issue: Deteriorating infrastructure.

Some industry experts say a sharp increase in water damage caused by aging and inadequate pipes is actually costing the industry much more per year than natural catastrophes.

“About $4-$6 billion a year is paid in Canada in commercial property claims,” April Pittendreigh, vice president of national claims at Gallagher Canada, told Canadian Underwriter recently. “With respect to water, water claims have more than doubled since 2015. But if it’s a large water damage claim — like in a high-rise building in metro areas — those claims cost numbers have tripled since 2013.”

Putting water claims into perspective, the Canadian P&C industry paid out its highest losses due to severe weather in 2016, when it paid more than $5.2 billion (almost three-quarters of that was because of the wildfire in Fort McMurray, Alta.) Severe weather losses have topped more than $3 billion in only one year, according to Insurance Bureau of Canada.

It’s now common to say, ‘Water is the new fire.’ But it might be more accurate to say antiquated water infrastructure — i.e. water claims that arise from overflowing or burst pipes, etc. — drive up claims costs. 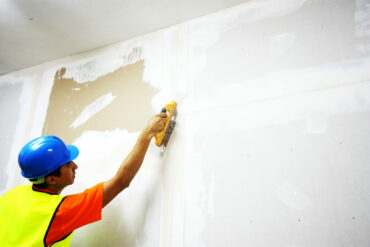 Repair costs are the driving factor, says Pittendreigh. She added that inflation costs in restoration haven’t kept pace with the general economy.

“The number we’re seeing coming out of claims is crazy to me,” Pittendreigh said. “All this new awareness around rebuilding — i.e. ‘We can’t use rebuild with this product, we have to bring in that one now’ — that’s going to be an increased cost.”

Also, tasks such as protecting against mold are more labour-intensive than before, leading to increased repair costs. “We have to rip out way more than we ever did before,” she explained, adding that it’s much more difficult to deal with a water claim than a fire one. “There are so many different pieces that fall into this now.”

Pittendreigh said “50% of our [commercial] property claims are water-based,” adding that infrastructure shoulders much of the blame. In Toronto, for example, infrastructure was built when the population was just a fraction of what it is today. It wasn’t meant to handle the demands of nearly 3 million people, despite upgrades along the way.

“We’re not necessarily affording the amount of money towards updates and upgrades as we should be based on our usage,” Pittendreigh said.

There’s also the issue of smaller, older buildings being replaced with much larger towers. While the perimeter of the lot size may be the same, the usage changes dramatically with a tower. “It’s now 10 times the height,” as Pittendreigh observes of the building size. “Our infrastructure isn’t keeping up with our new build and the development of the city.”

Toronto isn’t the only city where this is happening. “You would see the same in every city across Canada,” she said. “We have aging infrastructure. The materials we’re using are not designed to withstand this longevity. We need to put some money into that so we stop having all of these water losses.”

“The point is, it’s not necessarily that we have more floods, it’s that the cost incurred to us and our current expectations in society far exceeded the premiums allotted for them,” Pittendreigh said.