Why commercial property claims could skyrocket after pot legalization

Large-severity commercial property losses could be the upshot of the legalization of marijuana on Oct. 17, an insurance lawyer cautions. 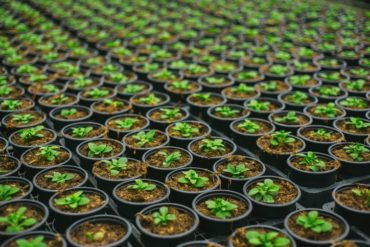 Murray cited one unnamed greenhouse operation in the Niagara region in Ontario that recently expanded to slightly more than 1 million square feet of greenhouse space to accommodate their growing of marijuana.

One greenhouse that did plan to be home to more than 1 million square feet of greenhouse space under glass by April 2018 was Tweed Farms Inc., the company said in a press release last September. The wholly owned subsidiary of Canopy Growth Corporation is the operator of the largest known licensed cannabis production facility in the world.

“You have to think with the amount of money that’s tied up in each of these plants, and how much they are worth, if something goes wrong, and part of that crop is damaged, the claims are going to be huge,” Murray said.

Statistics Canada shows the average price for medicinal marijuana across Canada is $8.18 per gram.

Based on that figure, what would the estimated yield be for a 1-million-square-foot facility?

There is no exacting measure for marijuana yields. A Rand Policy Research Paper discusses ways to measure marijuana yield, which varies according to many factors, depending on light, outdoor or indoor conditions, etc. The paper noted a study of 77 outdoor illegal grow-ops in the Netherlands that produced an average yield of 1.4 marijuana plants per square foot. Assuming a rough estimate of 125 grams per plant, that would amount to approximately 175 million grams of pot for a 1-million-square-foot facility.

That would round out to about $1.4 billion of weed in a 1-million-square-foot pot greenhouse.

As for the entire market value of legalized pot in Canada, that could give Canada’s economy a boost of up to $22.6 billion annually, says a 2016 study from business services firm Deloitte. Health Canada statistics show 120 licensed facilities in Canada as of September 2018, with 65 in Ontario, 25 in B.C. and nine in Quebec.

On the unlicensed side, the value of the cannabis black market in Canada is estimated at just over $6 billion, according to Statistics Canada.

For brokers and insurers wanting in on the weed protection racket, the obvious exposures would be theft and property damage.

In a greenhouse scenario, property damage in one part of the facility, depending on where it took place, could be enough to ruin the entire yield. For example, Murray noted he was involved in a case in which a car drove into a tomato greenhouse. While the greenhouse damage from the car was not extensive, the accident took out the greenhouse sprinkler system, which wiped out a substantial portion of the total yield.

“The dollar amount tied up in the loss was quite substantial,” Murray said. “And you have to imagine that if something similar to that happened in a marijuana greenhouse, the loss would be exponentially larger.”

There could also be hefty business interruption claims on the side. “I would have to imagine [the exposure is] not just the value of the crop, but there would be business interruption as well, because it would take time re-grow the plants, too,” Murray said. “And these facilities that have that type of mass production of the product are going to be pretty concerned even if they do lose two months of growing, that’s going to be a huge amount.”

More News
Related
Why marijuana plant value is so important for adjusters
How business interruption claims could play out in the legal marijuana space
Tornado damage: View from the ground
Claims whack-a-mole: what’s going on in property lines?