Canadian employers regulated by the federal government do not have a common-law right to dismiss non-unionized workers without cause, even if they give those employees notice and/or severance pay, the Supreme Court of Canada suggested in a ruling released Thursday. 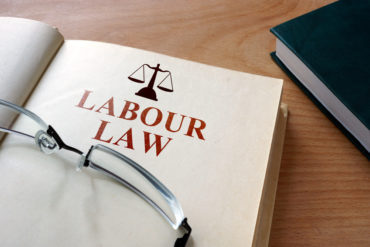 In ruling against Atomic Energy of Canada Ltd. and in favour of Joseph Wilson, Canada’s highest court overturned a Federal Court of Appeal decision released Jan. 22, 2015.

“At common law, an employer can dismiss a non-unionized employee without cause, but is liable to provide reasonable notice or compensation for same,” Mr. Justice David Stratas, of the Federal Court of Appeal, wrote in its 2015 decision in Wilson. “Put another way, an employee dismissed without cause but given reasonable notice is not wrongfully dismissed. Later development of the case law shows that depending on the nature of the dismissal, an employee can be entitled to further damages.”

Concurring with Mr. Justice Stratas were Mr. Justice Wyman Webb and Mr. Justice David Near. At the time the Federal Court of Appeal upheld a 2013 ruling by the Federal Court, which overturned the decision of an arbitrator. Wilson had been dismissed without cause by AECL and paid six months’ severance. An adjudicator had ruled that under Canada Labour Code Volume III, employers may not dismiss non-unionized employees without just cause. That ruling was restored by the Supreme Court of Canada.

In his 2013 ruling in favour of AECL and against Wilson, Mr. Justice James Reilly of the Federal Court noted that Canada Labour Code Volume III section 240 stipulates that employees who believe the terms of their dismissal are unjust can complain, unless they are laid off due to lack of work or elimination of their position.

“The fact that an employer has paid an employee severance pay does not preclude an adjudicator from granting further relief where the adjudicator concludes that the dismissal was unjust,” Justice Reilly wrote at the time. “Similarly, there is no basis for concluding that the CLC only permits dismissals for cause. That conclusion would fail to take account of the clear remedies provided in ss 230 and 235 (ie, notice and severance) for persons dismissed without cause.”

Reilly added that if Parliament intended to allow federally-regulated employers to only dismiss for cause, “it obviously would not have included” sections 230 and 235 in Canada Labour Code Volume III. “Further, a desire to create such a regime could easily have been expressed,” Justice Reilly added.

In upholding Justice Reilly’s ruling, the Federal Court of Appeal suggested that legislation “is presumed not to depart from prevailing common law: Only by way of explicit language or necessary implication can it be ousted.”

The enactment of a section of the Excise Tax Act “is subject to the rule that a Legislature is not presumed to depart from the general system of the law without expressing its intentions to do so with irresistible clearness, failing which the law remains undisturbed,” Mr. Justice Gérald Fauteux of the Supreme Court of Canada (and later Chief Justice) wrote in 1956 on behalf of the majority in Goodyear et a vs. Eaton.

In Wilson, Justice Stratas wrote in 2015 that common law “is not ousted unless Parliament has ‘[expressed] its intentions to do so with irresistible clearness.'”

But Madam Justice Rosalie Silberman Abella, of the Supreme Court of Canada, found that “the foundational premise of the common law scheme — that there is a right to dismiss on reasonable notice without cause or reasons — has been completely replaced under the [Canada Labour Code] by a regime requiring reasons for dismissal.”

Atomic Energy of Canada’s “argument that employment can be terminated without cause so long as minimum notice or compensation is given …. would have the effect of rendering many of the Unjust Dismissal remedies [under Canada Labour Code Volume III] meaningless or redundant,” Justice Abella wrote on behalf of the majority. “The requirement to provide reasons for dismissal under s. 241(1), for example, would be redundant. And, if an employee were ordered to be reinstated under s. 242(4)(b), it could well turn out to be a meaningless remedy if the employer could simply dismiss that employee again by giving notice and severance pay. These consequences result in statutory incoherence. Only by interpreting ss. 240 to 246 as representing a displacement of the employer’s ability at common law to fire an employee without reasons if reasonable notice is given, does the scheme and its remedial package make sense.”

“A dismissal without cause is not per se unjust, so long as adequate notice is provided,” the minority ruled. “However, such a dismissal does not allow the employer to escape the scrutiny of an adjudicator or the courts if the employee chooses to challenge the lawfulness of the dismissal. The adjudicator in this case adopted the opposite interpretation, holding that dismissal without cause is automatically an unjust dismissal.”

More News
Related
Litigation privilege ‘can be asserted’ against administrative investigators, Supreme Court of Canada finds in ruling in favour of Aviva