Most companies unprepared for emergence of autonomous vehicles: Munich Re survey 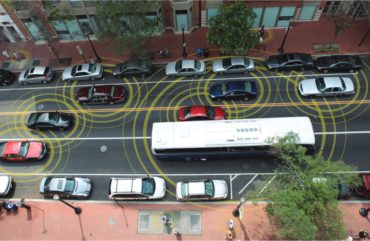 64% of polled risk managers say that their companies have done nothing to prepare for the emergence of autonomous vehicles in the auto market. Photo credit: Munich Re.

The in-person survey of more than 100 risk managers was conducted on site at the Risk and Insurance Management Society Conference (RIMS) in San Diego, CA from April 10 to 13, and released on Tuesday.

Despite the majority of polled risk managers indicating that their companies have done nothing to prepare for AVs, 23% said that they have discussed the new technology internally. Another 8% have established a taskforce and 4% have created an operational plan, Munich Re said in a press release.

Consumers will begin to adopt AVs starting in 2020 and AVs will become the primary mode of transportation by 2050, according to global consultant McKinsey & Company.

“With innovative companies making significant strides in the development of self-driving cars, it’s no longer a matter of if, but rather when the time will come for the wide-scale adoption of AVs,” said Tony Kuczinski, president and CEO of Munich Reinsurance America, Inc. “The timeline for adoption may be sooner than many realize. As such, it’s important for companies to start preparing now for how this technology could potentially impact their business, to both leverage opportunities and most effectively mitigate risks.”

The National Highway Traffic Safety Administration (NHTSA) in the United States indicates that driver error is the cause of 94% of accidents. By reducing driver error, AV technology could significantly reduce the number of motor vehicle accidents and have wide-ranging implications for the insurance industry, Munich Re said.

Half of the risk managers surveyed believe the greatest impact of AVs on insurance will be the shift in liability from driver to manufacturer, as well as the potential impact on a variety of different insurance lines of business (22%), and the possibility of a significant decrease in claim frequency (16%).

Security of technology is also top of mind for risk managers, as the majority of survey respondents (55%) feel cybersecurity is the greatest insurance concern associated with AVs. This was followed by allocation of liability when autonomous/non-autonomous vehicles share roads (27%), economic disruption (7%), safety (6%) and the cost of technology to repair damaged vehicles (3%).

From a cybersecurity perspective, respondents believe the greatest threats to AVs are auto theft by an unknown individual hacking into and overtaking vehicle data systems (42%) and the failure of smart road infrastructure technologies (36%).

When asked what they thought posed the greatest challenge to the widespread adoption of AVs, nearly half of the risk managers (41%) cited regulatory or legislative obstacles, followed by safety (24%), security of technology (19%), cost (11%) and the ability to function in all weather and road conditions (5%).

“As AV technology progresses, the potential risk exposures and their implications for the insurance industry and society will continue to evolve,” Kuczinski said in the release. “Cybersecurity in particular is one area we are watching closely, as the vulnerability and implementation of safeguards for AVs remains to be seen.”