Brokers in Quebec have ample opportunity to educate their clients about how condo insurance works, according to the results of a recent survey commissioned by Insurance Bureau of Canada.

One key source of confusion may sound familiar to brokers elsewhere in Canada. Basically, condo unit owners in Quebec aren’t clear about the relationship – or even the difference – between what is covered under their own home insurance policies for their private condo units, and what is covered under the condo corporation’s commercial policy for the building as a whole and the common areas of the building.

In fact, a substantial minority of people surveyed don’t know that two policies insure condo properties in the province. One covers the condo unit owner (under a home insurance policy), while the other is a commercial insurance policy issued to the condo corporation (called a “syndicate” in Quebec).

“One in five co-owners [in Quebec] does not know that two insurance policies cover condos,” IBC stated in announcing its survey results. “This is one of several concerning issues for IBC, which would like co-owners and syndicates to be better informed, and better protected.”

The web survey was conducted in Quebec only by the research firm SOM late last year. The results are based on 609 condo owners who completed the questionnaire.

As of Oct. 15, 2020, Quebec law requires that all condo unit owners have civil liability insurance (this is covered under an individual’s home insurance policy). Condo unit owners must have coverage for damage that they might cause to another person or their personal property. Minimum coverage amounts for condo owners (called “co-owners” in Quebec) are $1 million for buildings with 12 or fewer units, and $2 million if the building has 13 units or more. 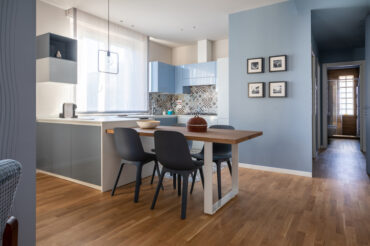 By law, the syndicate must provide a Declaration of Co-Ownership to individual condo owners. This document contains the condo corporation’s bylaws; it also describes exactly which insurance policy – whether the unit owner’s or the syndicate’s – covers each portion of the building. It will likely impose some additional coverage as well, such as a sewer back-up endorsement, for example.

It doesn’t appear that many unit holders are reading the declaration, according to IBC’s survey results. “Forty percent of co-owners did not know much about, or barely understood, their Declaration of Co-Ownership,” IBC notes.

And so it stands to reason that unit holders also didn’t know much about the syndicate’s deductible, or how the condo corporation’s deductible might influence what the unit holder could be required to pay for claims damage.

In some instances, the individual condo unit holders themselves are not aware of what’s covered under their own insurance policies, IBC discovered. “One in three co-owners did not have coverage for water damage (or did not know whether they had), although it is the leading cause of home insurance claims.”