You are the owner of a condo unit. The toilet in the condo unit above you overflows, causing water damage to your ceiling and floor. No, your upstairs neighbour does not have to reimburse you for your $1,000 insurance policy deductible, unless you can prove he was negligent. 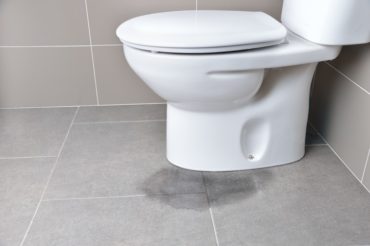 “It can be surprising and upsetting for owners to learn that they are responsible for the cost of repairs to their strata lot even though the source of the damage originated in someone else’s strata lot,” the B.C. Civil Resolution Tribunal ruled Wednesday in Zale et al v. Hodgins. “However, in the absence of negligence, nuisance or a specific bylaw making owners liable for damage that originates in their strata lots, the applicants and their insurer are responsible for the cost of the damage even though they did nothing to cause it.”

Clayton Zale and Eileen Kelly lived in a condo unit below Mark Hodgins. Overnight on Sept. 2-3, 2017, Hodgkin’s toilet leaked, causing damage to the ceiling and floor of Zale and Kelly’s condo unit. Hodgins reported the leak to the property manager the next day by email. A plumber determined that the toilet’s fill valve and tube needed to be replaced, which the plumber did.

Zale and Kelly made an insurance claim, which the insurer paid. The policy included a $1,000 deductible, which Zale and Kelly paid. They sought to recover the deductible from Hodgins in small claims court.

Zale and Kelly did not claim that Hodgins was negligent. Instead, they relied instead on the condo building’s bylaws, which state that an owner must not use their strata lot in a way that:

Zale and Kelly further relied on a bulletin written by a lawyer for the Condominium Home Owners Association (CHOA), which discusses a strata corporation’s responsibility to pay for repairs to a strata lot. In particular, they relied on a statement in the CHOA bulletin that said determining who must pay for repairs is governed solely by a strata’s bylaws. But the tribunal noted that the article does not refer to the responsibility of one unit owner to another when it comes to determining who pays for repair costs.

The tribunal also shut down the argument that Hodgins owed the claimants the money for their insurance deductible because he caused a nuisance or a hazard to another person. “A nuisance occurs when a person unreasonably interferes with the use or enjoyment of another person’s property,” the tribunal found. “However, if the person is not aware of the problem that causes the interference, and has no reason to know about the problem, they will not be liable because they did not act unreasonably.”

In this case, there was no evidence that Hodgins knew or should have known that the fill valve in his toilet would fail and cause a leak, the tribunal ruled. Hodgins is therefore not liable for the leak.

More News
Related
What stopped this $800,000 subrogated pollution claim
When ‘residence employee’ is key in home insurance wording
Exclusion clause for ‘conversion’ in comprehensive auto policy ‘does not come close’ to being easily intelligible: Court
Your landlord agrees to insure the property. Why the landlord can still subrogate against you