An organization’s exposure to political risk depends on the independence of the judiciary in the countries in which it operates, and risk managers should not assume that only emerging markets have political risk, Risk and Insurance Management Society (RIMS) Inc. suggested in a recent report. 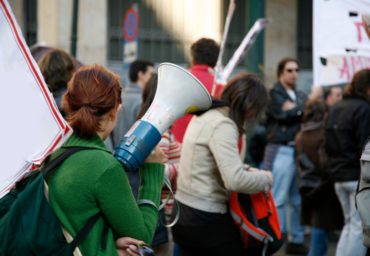 “The paradigm dividing the world into developed and developing countries is antiquated and can lead risk managers astray,” RIMS said in the report, Decoding Political Risk Management, announced Wednesday. “The long-prevailing idea is that political risks are only in emerging markets.”

In the report, RIMS cited Greece – with its sovereign debt crisis and recent riots – as an example.

The report was written by Brandon Righi and edited by Morgan O’Rourke.

CEN coverage is “still core” to political risk coverage, but it can also include political violence, restrictions on foreign exchange, refusal on the part of a government to honor a contract, or trade credit, (government action that impairs payment of debt), according to the report.

“Capacity in the political risk market has ballooned from approximately $700 million in 2009 to $2 billion today,” RIMS said in the report. All figures are in United States currency.

“A risk manager can tap into a number of resources when exploring how to define the organization’s political risk,” RIMS noted, citing as examples the Multilateral Investment Guarantee Agency, the Overseas Private Investment Corporation, World Bank and Export Development Canada.

Risk factors in political risk include the price of food and countries with high ratio of young to old people, especially those with poor education systems.

“As for markers of stability, a strong, independent and transparent judiciary is hallmark.”

RIMS noted that the maximum coverage available is “typically $150 million per project or risk,” and that high-profile attacks perpetrated or inspired by the Islamic State of Iraq and Syria (ISIS) “is driving a rapid increase in business for terrorism coverage.”

“ISIL presents a global terrorist threat which has recruited thousands of foreign fighters to Iraq and Syria from across the globe and leveraged technology to spread its violent extremist ideology and to incite terrorist acts,” the U.S. State Department says on its website. The State Department notes that members of the global coalition to counter ISIL, announced in 2014, include Canada, the U.S., the European Union, Norway, Australia, Turkey, Iraq, Egypt, Tunisia, Jordan, Lebanon, Saudi Arabia, the United Arab Emirates, Bahrain, Malaysia and Afghanistan, among other nations.