There will be a “tipping point very shortly” involving connected things, a speaker suggested on Wednesday at the Insurance-Canada.ca Broker Forum. 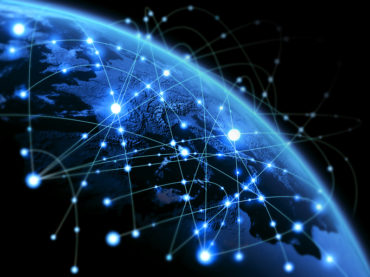 Ryan Spinner, head of innovation with Aviva Canada, was speaking during a panel discussion titled Distribution in the InsurTech Age at the broker forum, held at the Allstream Centre in Toronto and moderated by Mark Breading, partner and chief research officer with Strategy Meets Action.

Spinner used the example of connected smoke alarms going off inside a connected home with a thermostat showing a temperature of 100 degrees Fahrenheit “and my whole house is offline.”

Spinner told conference attendees that he believes this scenario is not that far off. “I think we’re actually very close to that,” he said. “I think it’s going to happen quicker than we can all imagine.”

The same type of scenario could apply to a car accident, Spinner went on to say. “I think the car can start the claims process for me. I think the car will also start not only the claims process, but will also have a simplified supply chain, so parts are ordered to the correct dealership and what not,” Spinner said. “When we start getting into driverless vehicles, I’m sure the tow truck industry is going to start getting very nervous when a driverless car comes to pick you up at the scene of an accident.”

And driverless vehicles will surely have an impact on premiums, he said, citing Tesla CEO Elon Musk’s recent tweet that insurance premiums could decline by 80% “because his cars are not going to get into an accident. So we’re going to have new challenges in front of us and we are also going to see new and exciting products to be offered with these driverless cars and [connected] houses,” Spinner said.

Another panel member, Randy Carroll, chief business officer with Client Desk and business consultant with Select Strategy Group, noted during the session that he receives a notification every time somebody opens the front or back door of his home, and has connected all of his smoke detectors. “From a property side, that has to provide another avenue for underwriting for rating the risk and that has to come down,” he suggested.

From the auto side, collision avoidance could reduce auto rates and driverless vehicles could result in a decrease in frequency and severity of claims, Carroll said. “The premium side is really going to come under strain” for both personal and commercial auto, he said, predicting that the effects on commercial auto will not occur as soon.

“Taking the wait-and-see approach isn’t going to be a sustainable business practice,” Spinner said. Caroll suggested that insurtechs would cause “major disruption” within 18 to 24 months, while the third panellist, Excalibur Insurance Group CEO Jeff Roy, estimated that the industry has “12 to 18 months to get this right.”

“The technology is advancing so quickly,” Spinner agreed, even suggesting that “personally what I think we are going to see is dedicated lanes devoted to driverless cars… [or] 50 to 100 transport trucks without drivers driving right beside each other from Windsor to Vancouver.”