Construction crews and heavy equipment operators continue to work day and night to rebuild sections of highways and roads that were severely damaged by massive flooding in northern British Columbia last week. 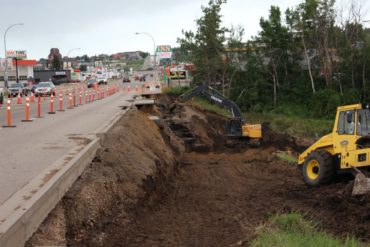 B.C. Minister of Transportation and Infrastructure Todd Stone said in a statement on Monday that five of the six numbered highways closed by the flooding are now open. “We expect to have Highway 97 South from Pine Pass to Chetwynd open to single-lane alternating traffic by the end of the week,” Stone said in the statement from the Ministry of Transportation and Infrastructure. Highway 2 in Dawson Creek is also open to two lanes with traffic control and crews working to restore the highway to four lanes by next week.

“Thanks to the tireless work of ministry staff, maintenance contract personnel and volunteers, progress is being made to re-open affected areas to traffic as soon as possible,” Stone said. “Over 178 pieces of equipment are actively repairing the damage and more are on the way. Up to 16 pieces of heavy equipment are working at the major construction sites with ministry engineers and construction experts making sure all roads are rebuilt to ensure the safety of the travelling public.”

Stone added that of the 38 side roads affected, 20 are now open to a minimum of single-lane alternating traffic. The total number of repair sites is just over 130, all primarily in the South Peace area, 58 on numbered roads and 73 on various side roads. 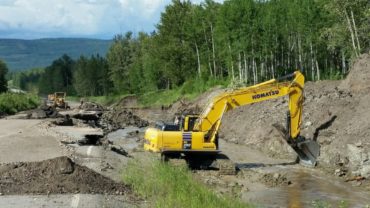 On Wednesday, June 15, the mayor of the District of Chetwynd in northeastern B.C. declared a state of local emergency following a “very heavy rainfall event.” As of that Wednesday, 79 millimetres of rain had fallen in the municipality, and a further 30 to 50 millimetres was expected with a 24-hour period.

The River Forecast Centre of the Ministry of Forests, Land and Natural Resource Operations issues a flood watch for the Peace Region, including streams near Chetwynd, Pine Pass, Tumbler Ridge, Dawson Creek and Fort St. John, and for streams near Fort Nelson. A flood watch means that “river levels are rising and will approach or may exceed bankfull. Flooding of areas adjacent to affected rivers may occur.” 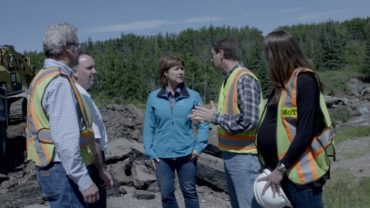