Consumers capable of making online insurance purchases on their own: digital broker

Canadians are rejecting the notion that personal lines insurance is such a complicated product that consumers are incapable of making their own insurance purchase decisions without the advice of a broker, a digital broker told Canadian Underwriter recently.

“I don’t know how a carburetor works, but I can buy a car,” Scott Loong, co-founder and CEO of Montreal-based digital brokerage Covera Technologies Inc., said by way of analogy. “So what’s really different about insurance, other than that there is this embedded intermediary that makes a [lot] of money every time they sell a policy?” 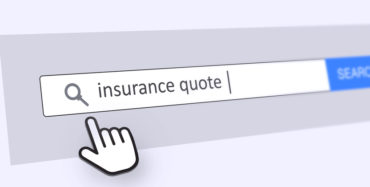 Loong made his comments on March 28, responding to questions from Canadian Underwriter about proposed regulatory changes in Quebec that would allow the sale of P&C insurance online without “human intervention.” Part of a package of reforms, Bill 141 does not require the intervention of a licensed representative in the online sale of insurance, although it does ensure that a consumer can access such a representative at their request. It also proposes to disband the Chambre de l’assurance de dommages (ChAD), Quebec’s brokerage self-regulatory body.

Loong said he believes the proposed changes will largely benefit the consumer. “That’s not to say that I think the best way to sell insurance is to just have someone fill in a survey and slam a bunch of prices in front of their face,” he said. “But I do feel very strongly that you can offer the trusted advisor mandate, deliver that mandate, through different mediums.”

For example, the interaction with a broker could be through a website with interactive infographics and a chatbot, through a face-to-face meeting with a broker, or a phone call through a call centre representative. Regardless of the method, “I really don’t see the service of the customer necessarily breaking down as a result of these changes,” Loong said.

Consumers know and understand how to purchase products online, Loong said. They do their banking, investments, and even purchase laundry detergent online. “Any interpretation of [these Bill 141] changes that necessarily implies that there’s an erosion of [consumer] protection, it doesn’t acknowledge that reality,” he said.

“What we can say conclusively…is that authorizing online sales without the involvement of a certified insurance representative would be risky in terms of consumer protection,” he told Canadian Underwriter. “Since the detailed review of Bill 141 is ongoing, it is difficult to assess the impact of online insurance sales on brokers.”

According to the RCCAQ, the following conditions are set out in the amendments:

3 Comments » for Consumers capable of making online insurance purchases on their own: digital broker