How costly is the fire peril for Canadian insurers?

AGCS analyzed more than 470,000 global insurance claims from over 200 countries and territories to determine the largest financial losses in the industry. In Canada, AGCS analyzed 41,942 claims worth approximately 2.7 billion euros (about Cdn$4.1 billion) from July 2013 to July 2018. 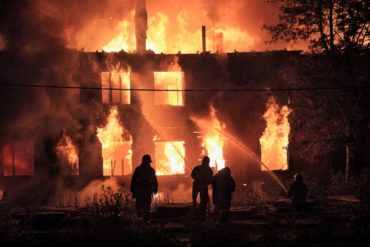 By value of claims, fire/explosion accounted for 23% in Canada. An Allianz spokesperson told Canadian Underwriter Thursday that the average value of a fire/explosion claim is 494,592 euros (about Cdn$750,065). After fire/explosion, the costliest claims were for faulty workmanship/maintenance at 12%, aviation collision/crash at 8%, water damage at 7% and storm at 7%. “Other” claims accounted for 43% by value.

In total, there were 29 causes of loss in the data set for Canada. “Other” claims include items such as crime/disorder; flood; hailstorm; frost, ice snow; cyber incidents; travel issues (including delay/luggage) and environmental liability/pollution.

Globally, despite recent record-breaking natural loss activity in the United States and around the world, storm is the only natural catastrophe event to appear in the top 10 causes of losses, the insurer reported. “Analysis shows corporate insurance claims typically originate from technical or human factors – or non-natural catastrophe events – accounting for 87% of all claims by value.”

In Canada, besides “other” claims at 38%, water damage incidents, such as flooding of buildings from burst pipes, topped the number of claims at 19%. This was followed by faulty workmanship/maintenance (17%), automobile crash/collision (17%), slips and falls (5%) and defective products (5%).

The largest financial losses around the world stemmed from fires/explosions, aviation incidents, faulty workmanship/maintenance incidents and storms, which collectively account for more than 50% of all claims by total value. More than three-quarters of losses were from 10 major causes, which also includes ship sinking/collision, machinery breakdown and professional indemnity (such as negligence).

Fire/explosion incidents are also the top cause of corporate insurance losses globally, accounting for 24% of the value of all claims. Costs associated with the impact of business interruption following the aftermath of a fire can significantly add to the final loss total, AGCS added.